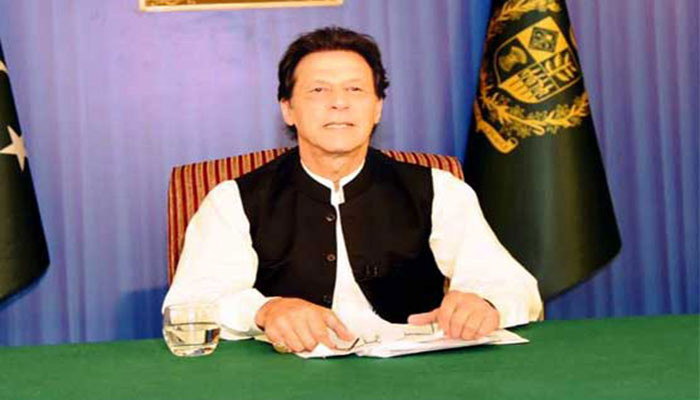 ISLAMABAD: Giving a chance to the common man and low-income earners to build their own house for the first time is a historic moment, said Prime Minister Imran Khan while addressing an event marking the approval of over Rs100 billion housing construction loans by private banks under ‘Mera Pakistan Mera Ghar Scheme’ here on Friday.

Imran said the economy will be much better and the dream of the working class to have a home of their own will come true. He praised the overseas Pakistanis for their hard work and saving money and sending it to Pakistan.

Imran said governor State Bank and chairman New Pakistan Housing Authority deserved congratulations for their hard work towards providing easy loans to the common man and the salaried class for building their own homes.

He said as the finance adviser had pointed out, there had been legal hurdles in this regard since 1990, and this work should have been done much earlier.

“When I was playing cricket, I kept in touch with Pakistanis abroad; their only wish was to earn enough money to have their own home. In the past, governments did not pay attention to this,” he said.

Giving an example of China’s development, Prime Minister Imran Khan said China had developed from the lower class to the upper class. Pakistan, he said, had immense potential but unfortunately the weaker sections have not been given importance. He said earlier the common man could not access banks but now they had improved their system and had started giving loans in a period of 6 months.

The prime minister urged the banks to do more marketing and improve their system to reach the common man. He said a big change was coming in the coming days which will provide housing to the weaker sections and boost the construction sector

He distributed house keys to the borrowers and certificates to the chief executive officers of the outstanding banks. The event was also addressed by Finance Advisor Shaukat Tareen and Governor SBP Reza Baqir.