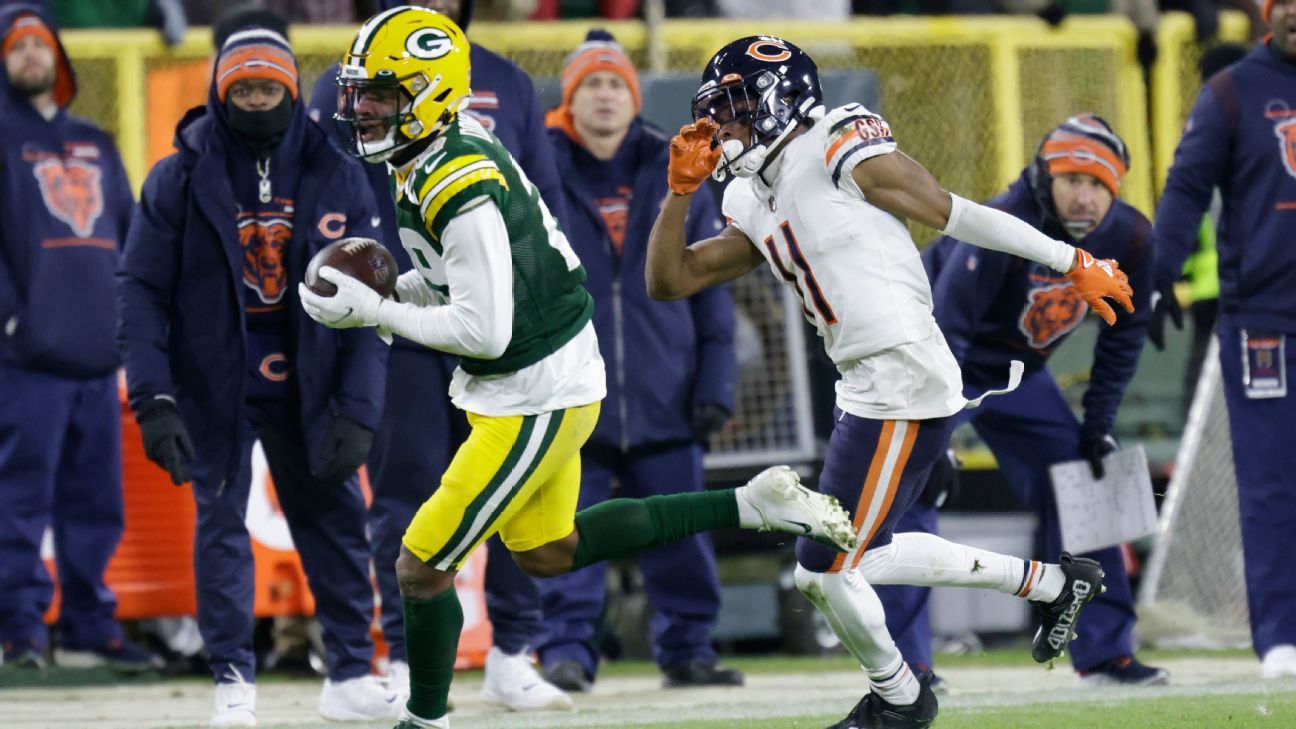 For the second straight game at Lambeau Field, Green Bay Packers cornerback Rasul Douglas returned an interception for a touchdown. He beat Darnell Mooney to the ball on the left sideline, picked off Justin Fields‘ pass that was thrown slightly too far inside and returned it 55-yards for a touchdown to give the Packers a 14-10 second-quarter lead.

In the Packers last game before the bye, Douglas picked off Rams quarterback Matthew Stafford and returned it 33 yards for a touchdown.

This is the first time the Packers have multiple pick-sixes in a season since 2015, and Douglas has them both.

Douglas is the same player who basically won the Oct. 28 game at the Arizona Cardinals with a walk-off interception in the end zone just weeks after the Packers plucked him off the Cardinals practice squad.

Chicago Bears running back Jakeem Grant cranked up his afterburners to give the Bears their first touchdown of the night against the Green Bay Packers.

The play will go down as a 46-yard passing touchdown by Justin Fields, but it was actually a well-executed jet sweep Grant pulled off on second-and-4 from near midfield on Chicago’s third offensive drive.

The Bears sent five lead blockers to the left of the line of scrimmage to create openings for Grant to run through, in which he reached a maximum speed of 20.86 miles per hour, according to NFL Next Gen Stats.

Grant tip-toed down the sideline once he reached the end zone and was narrowly able to stay in bounds to score. The touchdown gave Chicago a 10-0 lead over the Packers with 11:17 to play in the second quarter.