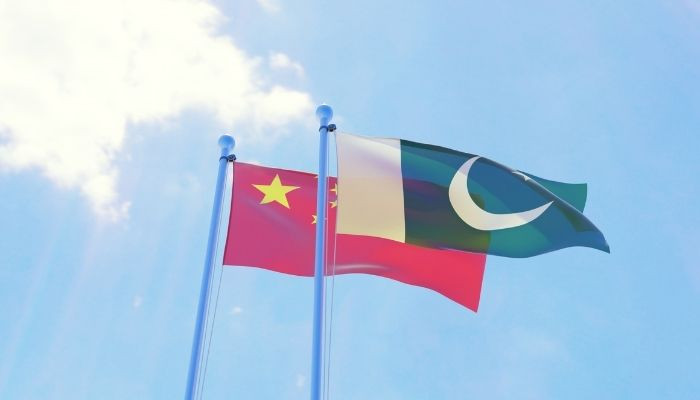 Pakistan and China renewed the Joint Economic Committee (JEC) meeting on Wednesday after an 11-year hiatus, to improve bilateral cooperation under the broader framework.

For the past eight years, the JEC forum has been placed on hold as everything was settled through the China-Pakistan Economic Corridor (CPEC).

After an 11-year break, both sides have agreed to resume talks within the JEC framework.

According to an official notification, Federal Minister for Economic Affairs Omar Ayub Khan delivered the opening remarks at the 15th Session of the Pakistan-China Joint Economic Committee on Economic, Trade, Scientific, and Technical Cooperation.

He praised China’s government for hosting the JEC’s 15th session after an 11-year gap.

Minister Omar Ayub expressed his pleasure at the completion of a 70-year friendship between Pakistan and China, which he described as “unprecedented.”

Omar pointed to the 1982 Bilateral Agreement for the Establishment of a Joint Committee for Economic, Trade, Scientific, and Technical Collaboration as the bedrock of bilateral cooperation to emphasise the significance of the occasion.

He claimed that Pakistan and China have always backed each other up on all fronts.

Pakistan was one of the first countries to show solidarity with China when the Covid-19 pandemic broke out, and its president paid a visit to Beijing during the outbreak. Similarly, China’s government aided Pakistan in pandemic preparedness.

The Minister for Economic Affairs highlighted that Pakistan and China are entering into the next phase of CPEC, where Special Economic Zones (SEZs) are being established. The SEZs would attract foreign direct investment, establish industrial units, create employment opportunities and boost economic activities.

Special Economic Zones are also being established to meet the global competitiveness with the state-of-the-art infrastructure and connectivity. The SEZ incentive package includes 10-years income tax exemption and one-time exemption from all custom-duties and taxes on import of capital goods.

Textile, leather, pharmaceutical and surgical industries of Pakistan are considered to be best in the world and are exported around the globe. Accordingly, Chinese investors can benefit from the huge potential of Pakistan’s industrial sector. Omar said the Small & Medium Enterprises Development Authority and Board of Investment of Pakistan can collaborate with Chinese counterparts for enhancing cooperation in industrial sector.

Ren Hongbin, Vice Minister of China, commented that the fruitful discussions on bilateral economic relations between the two countries will meet the objectives of deepening bilateral relationship. He also hoped the next session of Pak-China JEC will be held in Pakistan soon.