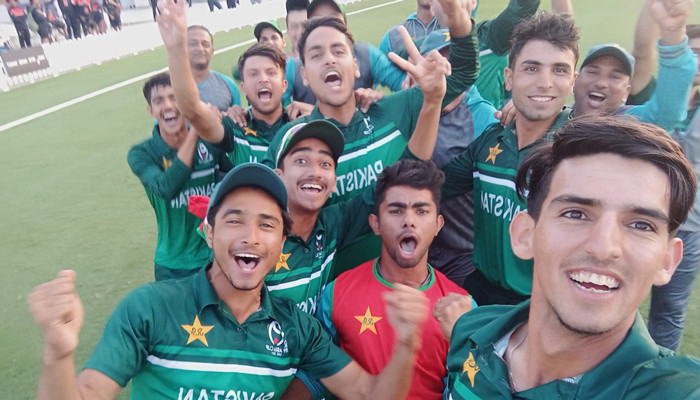 Skipper Qasim Akram put India to bat after winning the toss and restricted the Men In Blue to 237 in the 50-over match at the ICC Academy Ground.

Pakistani bowlers rose to the occasion, as Zameer took an amazing five-wicket haul in 10 overs, followed by Awais Ali, who picked up two scalps, while Maaz Sadaqat and Akram were able to take a wicket each.

When put to bat, Pakistan’s Shehzad performed exceptionally well, hitting 82 runs off 105 balls, including four 4s and five 6s. Irfan Khan hit 33 runs off 50 balls before he was sent back to the pavilion.

The Indian bowlers kept the Pakistani batters under pressure, but it was not enough, as the Men In Green reached the target in 50 overs. Raj Bawa took four wickets, while Rajvardhan Hangargekar, Ravi Kumar, and Nishant Sindhu picked up a scalp each.