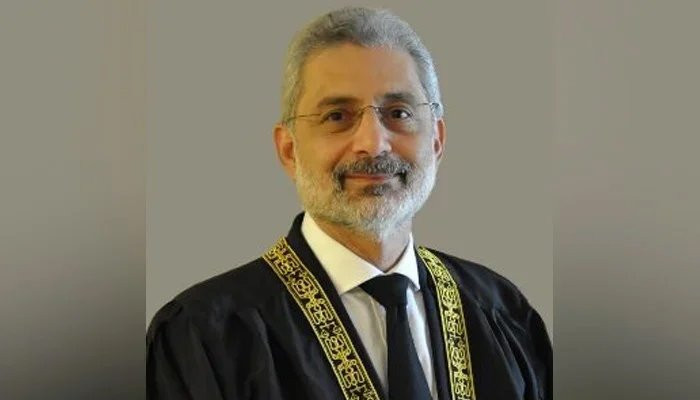 KARACHI: Supreme Court judge Justice Faez Isa Saturday stressed on the importance of democracy, saying that Pakistan gets divided whenever people abrogate the Constitution of the country.

The senior judge expressed these views while addressing the annual dinner of the Karachi Bar Association (KBA) at the Karachi City Court.

He cited the example of Quaid-e-Azam Mohammad Ali Jinnah and how he used the power of the pen to create a separate homeland for the Muslims of the sub-continent.

“All India Muslim League and its leader Quaid-i-Azam Mohammad Ali Jinnah defeated the biggest political party of the Subcontinent with the power of pen and well-reasoned arguments and created one of the largest countries for Muslims through a peaceful struggle,” Justice Isa noted.

He, however, said Pakistan stands divided whenever people stop following the rule of law and start abrogating the Constitution of Pakistan.

“The expression of hatred through killing and burning each other cannot send anyone towards success or any achievement,” he said.

Citing a verse from the Holy Quran, Justice Isa pointed out how Allah has declared the killing of one innocent person equal to the killing of the entire humanity.

Justice Isa went on to say that the fundamental rights of citizens can only be protected if the judiciary remains independent and the judicial system disassociates itself from the administration.

He said that the superior courts had been entrusted with the responsibility to protect citizens’ fundamental rights.

He said the preamble of the Constitution of Pakistan clearly mentions that sovereignty over the entire universe belongs to Allah the Almighty alone and the state shall exercise its powers and authority through the chosen representatives of the people. He said judges should only be fearful of nothing else other than Allah, the Constitution, and the law.

Justice Isa said judges and lawyers only strive for access to truth and if they achieve their task, they remain satisfied.