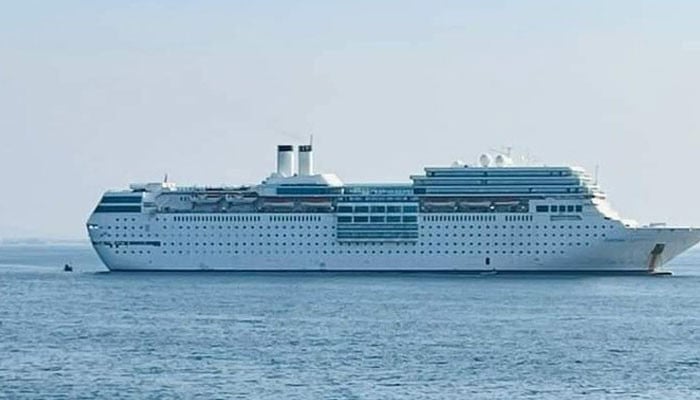 A magnificent 14-storey cruise ship will now be sold in junk as there is not enough space to park the beautiful and comfortable cruise at the country’s biggest port in Karachi, Geo News reported Sunday.

The cruise’s new owner from New Choice Enterprises, Ahmadullah Khan, said he made efforts for the ship to provide recreation as he planned to turn it into a hotel or cruise to promote tourism.

Originally, he purchased the ship to be dismantled in Pakistan, however, when he saw the ship in perfect shape, he changed his mind and thought of turning it into a tourist attraction.

However, he said, he contacted the Pakistan National Shipping Corporation (PNSC) and other authorities, but no place could be allocated for the cruise ship in the largest port of the country.

Hence, the ship, Celestyal Experience, formerly known as Costa Romantica, has been taken to the Gadani ship-breaking yard to be dismantled.

Talking to a local media outlet, Ahmadullah Khan said the Karachi Port Trust (KPT) chairman had assured him of cooperation. However, he later learnt that the ship cannot be parked in the post owing to shortage of space.