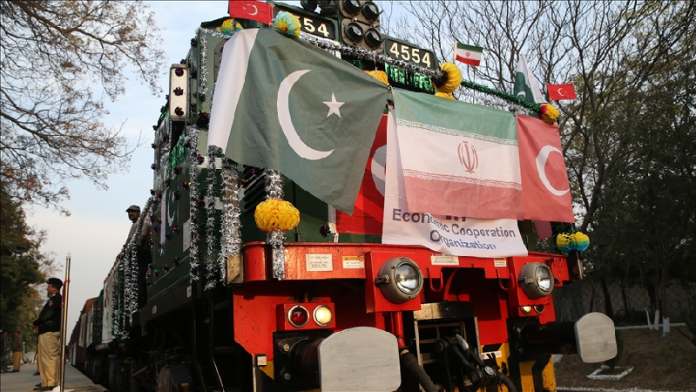 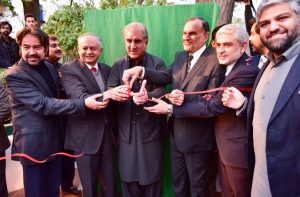 On December 21, 2021, a freight train service, the Istanbul-Tehran-Islamabad (ITI) cargo train connecting Turkey, Iran, and Pakistan, was re-launched after a 10-year break. It will provide a significant boost to trade between the three nations and throughout the region.
The train is capable of transporting up to 80,000 tons of cargo. It can travel between the three countries in around 14 days, which is significantly faster and less expensive than the alternative maritime route.
Pakistan’s Foreign Minister, Shah Mahmood Qureshi, spoke at the ceremony in Islamabad on Tuesday, hailing the “historic” achievement as a step that will expand trade and commercial opportunities in the region and beyond.
Minister of Railways Azam Khan Swati said that the service would open the doors for greater business and connectivity in the region. He further mentioned that passenger train service would also start soon.
Islamabad-Tehran-Istanbul (ITI) freight train began its journey from Islamabad railway station towards its first destination in Zahedan, Iran. The Turkish train will lift the goods from Zahedan and proceed towards Istanbul. The train is taking pink salt and dates apart from other cargo towards turkey. In the first phase, wagoned trains would be used to conduct the trade followed by the containerized trains in the second phase, according to the Pakistan Railways.
The Turkish Ambassador Mustafa Yurdakul expressed the expectation that the train service would not stop in Istanbul but would continue to Europe, benefiting all regional countries as their economies recover post-COVID era.
The inauguration of the Istanbul-Tehran-Islamabad (ITI) cargo train is a very positive development for Pakistan’s business community. Through this service, Pakistan has the potential to earn millions per year, and the amount could be doubled if the corridor is connected to other railway stations in Sialkot, Faisalabad, Lahore, Karachi, and Rohri to move goods from Pakistan to Turkey, Europe, and Central Asia. The ITI railway project began in 2009 under the auspices of the Economic Cooperation Organization (ECO) but was put on hold due to technical concerns.
This service is a huge step toward regional connection, which will unlock enormous commerce potential, as the train is the cheapest mode of transportation in the world. It will also boost regional economic activity. It is a positive step towards the prosperity of Pakistan and we hope that Pakistan remains on the path of development and further opens new avenues of evolution.