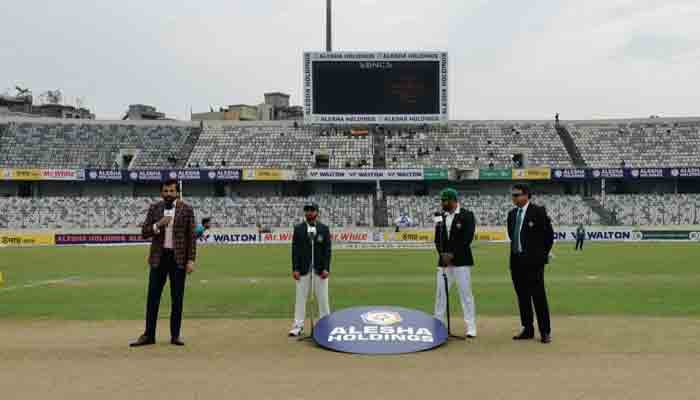 Dhaka, Dec 4, 2021 (AFP) -Pakistan captain Babar Azam won the toss and elected to bat in the second Test against Bangladesh at the Sher-e-Bangla National Stadium in Dhaka on Saturday.

Pakistan lead the two-Test series 1-0 after winning the first Test in Chittagong by eight wickets.

The visitors fielded an unchanged team from the first Test while Bangladesh handed Mahmudul Hasan a Test debut and also brought in Shakib Al Hasan and Khaled Ahmed.

Saif Hasan, Yasir Ali and Abu Jayed were dropped from the Bangladesh side that lost the opening encounter.

On the other hand, Bangladesh captain Momin ul Haq stated that if the team had won the toss, they would have elected to bat first as well.

Shakib Al-Hassan, the team’s all-rounder, has returned, and we’ll do everything we can to win the second Test and level the series, he stated.