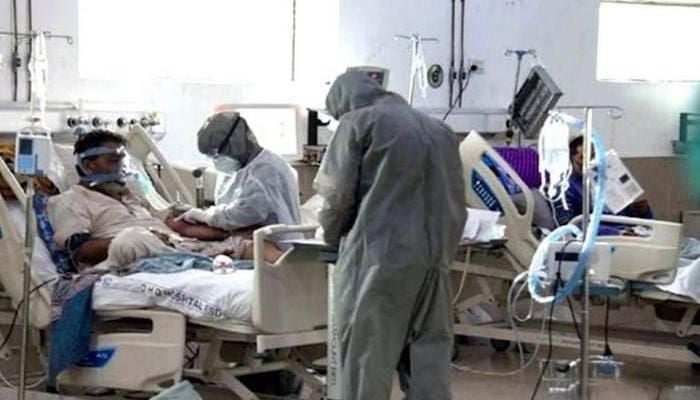 The graph indicates a consistent increase in hospitalisation, with 1,618 patients in critical care, but the positivity rate has remained below 10% for the fourth consecutive day.

Earlier this week, Special Assistant to Prime Minister on Health Dr Faisal Sultan asked the public to stop being lazy and get a booster shot if they haven’t already, as Pakistan continues its battle against the Omicron-driven fifth COVID-19 wave.

He had urged people to get their COVID-19 booster shots if six months had passed since they got their second vaccination dose.

“Scientific data has shown that people need an additional dose of the vaccine despite being fully vaccinated for protection against COVID-19 if six months and over have passed,” Dr Sultan had said, while addressing a press conference after attending a meeting at the NCOC in Islamabad.

He had said that earlier, the NCOC was only asking people to get the booster dose, but now it is recommending it again based on scientific evidence.