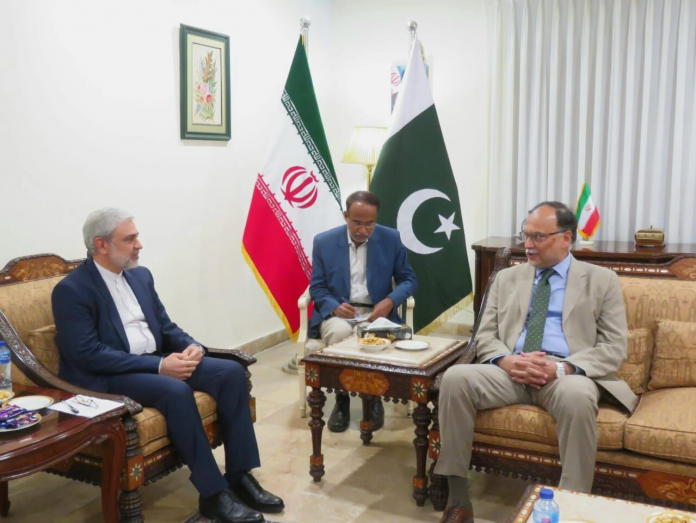 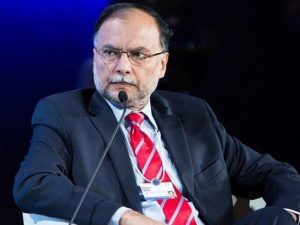 On Tuesday, Minister of Development and Planning Ahsan Iqbal had a meeting with Iranian Ambassador Seyed Mohammad Ali Hosseini, seeking an increase in electricity exports.

Mohammad Sorkhabi, Iran’s deputy ambassador, Syed Zafar Ali Shah, deputy minister of development and planning and head of the China-Pakistan Economic Corridor (CPEC), and officials from the Ministry of Energy and Maritime Affairs also attended the meeting.
Ahsan Iqbal sought an increase in Iran’s electricity exports to Balochistan, citing the importance of good neighborliness with the Islamic Republic of Iran and bilateral cooperation in the field of energy. He requested the Iranian ambassador to expand the economic relationship, particularly by increasing the export of electricity by 100 MW in addition to the current 104 MW of electricity to the province from Iran.

While praising the two countries’ growing cooperation, Hosseini announced Tehran’s willingness to supply electricity to Balochistan.
The two sides discussed the most recent developments in bilateral relations between Iran and Pakistan, as well as economic cooperation, particularly in the sector of energy, and regional development initiatives, including the China-Pakistan Economic Corridor (CPEC).
Pakistan also welcomed Iran’s proposal to exchange experiences and educate young people in the field of technology and knowledge-based technologies
Iqbal expressed gratitude to Tehran for its assistance in the energy sector, notably in the export of electricity to Balochistan, and reaffirmed Islamabad’s commitment to expanding and deepening bilateral cooperation.
“We are trying to provide electricity to Balochistan province, including Makran coast, with the help of neighboring and brother country of Iran,” he said during the meeting.