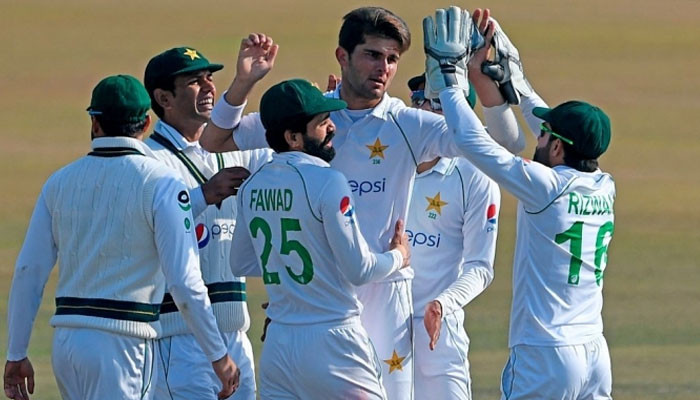 CHATTOGRAM: It is between Abdullah Shafique and Imam-ul-Haq for the final selection nod ahead of Pakistan taking on Bangladesh in the first Test in Chattogram on Friday.

Both the openers have been named in the 12-player squad, with  Shaheen Shah Afridi, Hasan Ali, Faheem Ashraf, Nauman Ali and Sajid Khan sharing bowling responsibilities.

Abdullah has hit two centuries in three first-class matches since the start of the year, while Imam got the nod after he struck 488 runs in five Quaid-e-Azam Trophy innings. In 11 Tests, he has scored 485 runs at 25.5.

Abid Ali will open from Pakistan along with Abdullah or Imam.  Earlier, Abid opened along with Shan Masood in Sri Lanka, Bangladesh, England and New Zealand Tests. Also, Abid paired with Imran Butt in the Tests against South Africa, Zimbabwe and West Indies.

Pakistan has confident and settled middle-order with Azhar Ali, Babar Azam and Fawad Alam, followed by wicketkeeper-batter Mohammad Rizwan at No.6.

Bangladesh will not have experienced Tamim Iqbal and Shakib Al Hasan as the two are not available owing to their injuries.

Bangladesh will offer a chance to three Test debutants in this game. Captain Mominul Haq has hinted that Mahmudul Hasan may open while Yasir Ali is a strong candidate at No 6. Rookie fast bowler Rejaur Rahman may also play ahead of Ebadot Hossain.

After a dismal performance in the Twenty20 series, Bangladesh have limited chances in the Test series also. Pakistan won the first T20I by four wickets while chasing 128 for victory, second by eight wickets after being set a 109-run target and third by five wickets on the last ball in pursuit of a 125-run target.

Pakistan have played three series in Bangladesh and won five of the six Tests, with their last win in Dhaka in May 2015 by 328 runs. Azhar Ali and Mushfiqur Rahim are the only players from either sides to participate in that match.

Azhar had scored 226 and 25, while Mushfiq scored 12 and zero as Azhar walked away with the player of the match, which will also be remembered for centuries from Younis Khan (148) and Asad Shafiq (107) as well as match figures of 36.3-7-128-7 by Yasir Shah, who will miss the series as he is yet to recover from a thumb injury he sustained during the National T20.