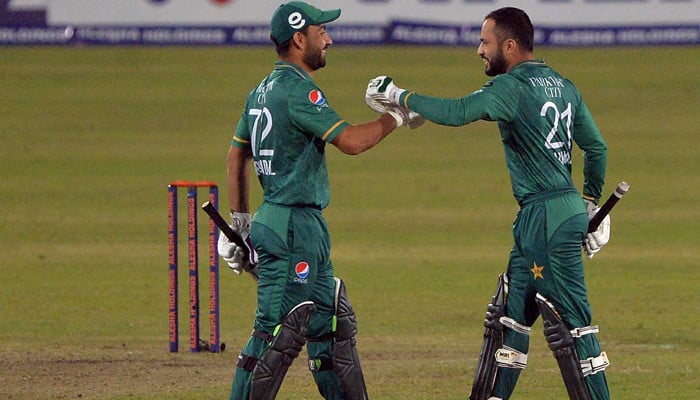 DHAKA: Pakistan whitewashed Bangladesh in the T20I series by winning the final fixture between the two by five wickets of the three-match series in Dhaka on Monday.

Set 125 to win, Mohammad Nawaz sealed the contest with a boundary off the final delivery at the Sher-e-Bangla National Stadium.

Opener Mohammad Naim top-scored with 47 off 50 balls for Bangladesh while Shamim Hossain and Afif Hossain added 22 and 20 runs respectively.