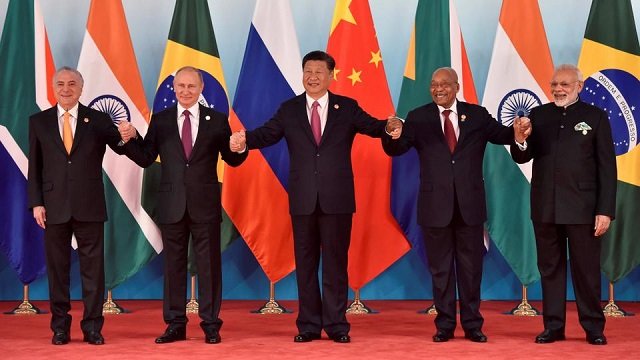 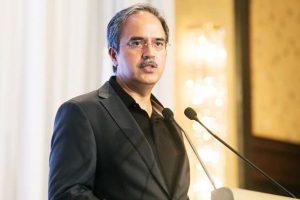 It is believed that India might have blocked an invitation to Pakistan for the “High-level Dialogue on Global Development” held virtually on the sidelines of the BRICS meetings last week.

On June 24, leaders from a dozen BRICS non-member countries virtually attended the meeting. What raised eyebrows was the absence of Pakistan from the meeting, a key strategic partner of China and part of the flagship Belt and Road Initiative.

There was no explanation from either China or Pakistan for Islamabad’s exclusion, but the Foreign Office finally issued the official version on Monday.
Without naming any country, FO Spokesperson Asim Iftikhar stated that a member country of BRICS was behind blocking an invitation to Pakistan.
“Pakistan congratulates China on the successful hosting of the BRICS meetings.”
“We have noted that this year a ‘High-level Dialogue on Global Development’ was held as a BRICS side event in which several developing/emerging economies were invited,” read a FO statement.
“China being the host country engaged with Pakistan prior to the BRICS meetings, where decisions are taken after consultations with all BRICS members, including extending an invitation to non-members. Regrettably, one member blocked Pakistan’s participation,” the spokesperson added.

“However, we do hope that future engagement of the organization would be based on the principles of inclusivity keeping in view the overall interests of the developing world and in a manner that is devoid of narrow geopolitical considerations,” Iftikhar said.

The spokesperson said Islamabad appreciated Beijing’s role in promoting the interests of the developing countries. Together with China, Pakistan had been a strong voice for global peace, shared prosperity and inclusive development.
“Pakistan is the current chair of G77+China and also part of a group of friends of the Global Development Initiative (GDI).”
“Pakistan and China are all-weather strategic partners and our iron brotherhood remains rock solid. The two countries are fully committed to take our all-round cooperation to higher levels both bilaterally and multilaterally.”
“Pakistan stands ready to work with all developing countries, including the BRICS members for addressing the challenges faced by the global community,” the FO further mentioned.