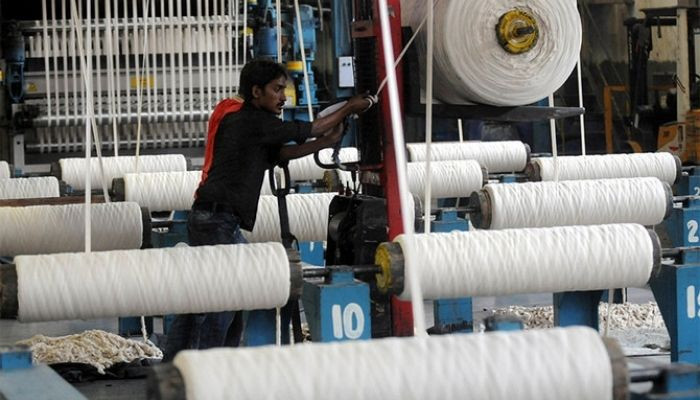 After having an edge over South Asian rivals during the pandemic, Pakistan’s textile business is offering hope to the country’s suffering economy, with exports expected to hit new highs, reported Bloomberg.

Textile exports are expected to increase by 40% from a year ago to a record $21 billion in the fiscal year ending in June, Adviser to Prime Minister of Pakistan for Commerce and Investment Abdul Razak Dawood, said.

According to Dawood, that figure would rise to $26 billion in the next fiscal year, exceeding the country’s total exports the previous year.

One of the few economic positive spots in the country is the textile industry, which supplies everything from denim pants to towels to buyers in the United States and Europe, said the report.

During the pandemic, “a lot of orders were actually were shifted from Bangladesh and India to Pakistan,” Dawood said during an interview at his Islamabad office.

“The other good thing that’s happening is that we are now becoming competitive with Bangladesh. Three, four years ago, Bangladesh was really beating us,” he added.

According to Dawood, the government aims to release a plan next month that will likely include incentives for exporting to new markets such as Africa, South America, and Central Asia. The country is doubling down on steps to increase textile exports, including tax advantages, low-cost loans, and power at comparable prices to rivals in South Asia. The local currency’s 60 % depreciation against the dollar since 2018 has also helped, the report stated.

“Pakistan’s exports have become competitive over the past few years,”  stated Ahfaz Mustafa, CEO of Ismail Iqbal Securities Pvt. while speaking to Bloomberg. “There is a fixed energy tariff regime that keeps in mind regional prices, the government is much quicker to refund the money it owes exporters, and there has been a giant currency devaluation,” he said.

On the other hand, Federal Minister for Planning, Development, and Special Initiatives Asad Umar said on his Twitter account: “This (textile) industry was collapsing under the PML-N govt.”

He added that now “massive expansions going on. This boom was made possible by the PTI textile policy.”