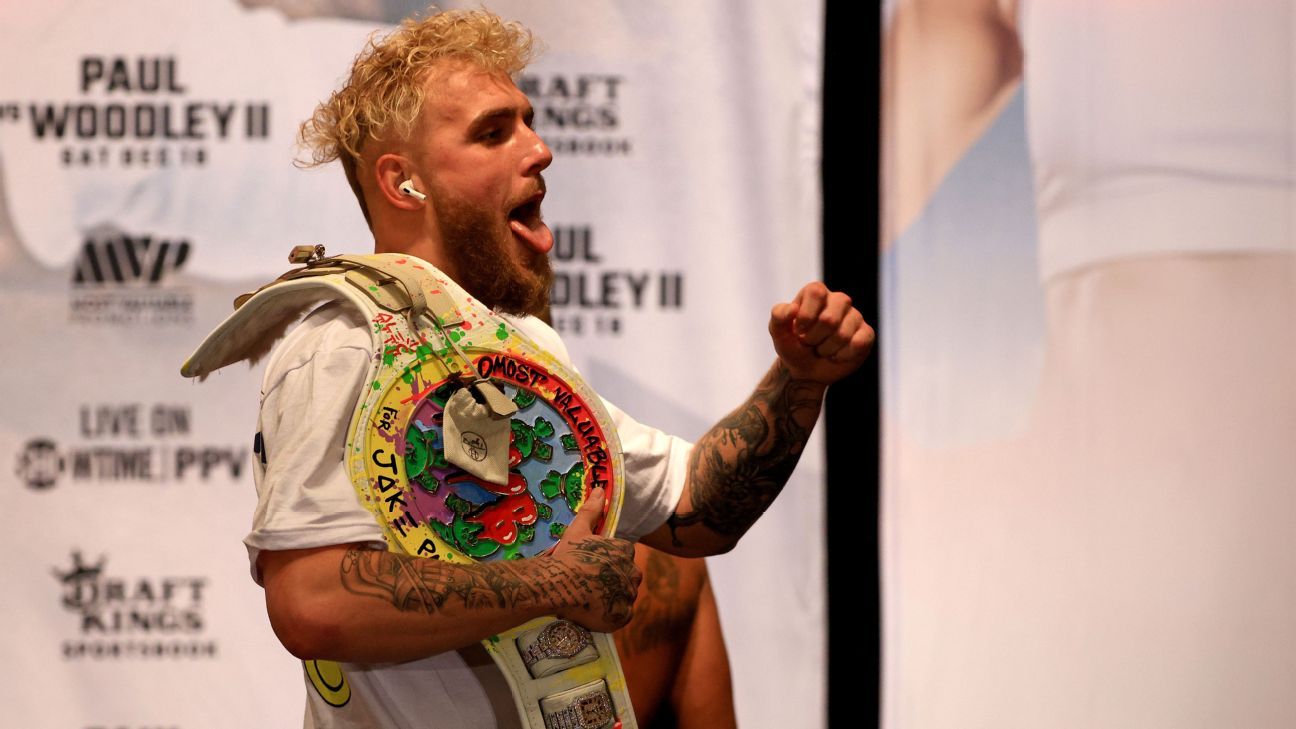 Saturday night’s high-profile boxing match between Jake Paul and Tyron Woodley had lofty expectations. Paul, the YouTube sensation-turned-boxer, already had notched a split decision victory over the former UFC champion in August. But the opportunity for a rematch arose after Paul’s original opponent, Tommy Fury, dropped out weeks before their scheduled bout due to a severe chest infection and a broken rib.

Immediately after their first fight, the two agreed to a rematch, so long as Woodley got a tattoo that read, “I love Jake Paul.” Woodley followed through on the wager in September (albeit with a tattoo on his middle finger), and when Fury dropped out, Paul and Woodley quickly set off on the path for a rematch.

“The rematch, it always made sense,” Paul said. “It didn’t make as much sense as me fighting Tommy Fury fight then and there. [Woodley is] ready, and he did get the tattoo. He was the only one on the list, really, that can sell pay-per-views. I can’t just go in there and fight some journeyman like most of these boxers do.”

Ahead of the bout, Paul boasted a 4-0 record in his young boxing career and had knocked out all of his opponents, except Woodley. Paul hoped to restart that streak after the fight.

Meanwhile, Woodley looked to get revenge by settling the score and cashing in on a $500,000 incentive by knocking out Paul.

In the end, Paul once again exerted dominance over Woodley and followed through on his promise of starting a new knockout streak with a KO early in the sixth round.

Plenty of stars shared their thoughts on the sequel fight once the decision was final.

He really put him to sleep 😴😴😴

Damn! You could hear that overhand from a mile away 😮‍💨

Wow… Say it ain’t so.. unbelievable..

Wow congrats to @jakepaul
But always fighting little guys. Please come and fight a HWY with power and chin! 💯👊💯 pic.twitter.com/0f029snt6H