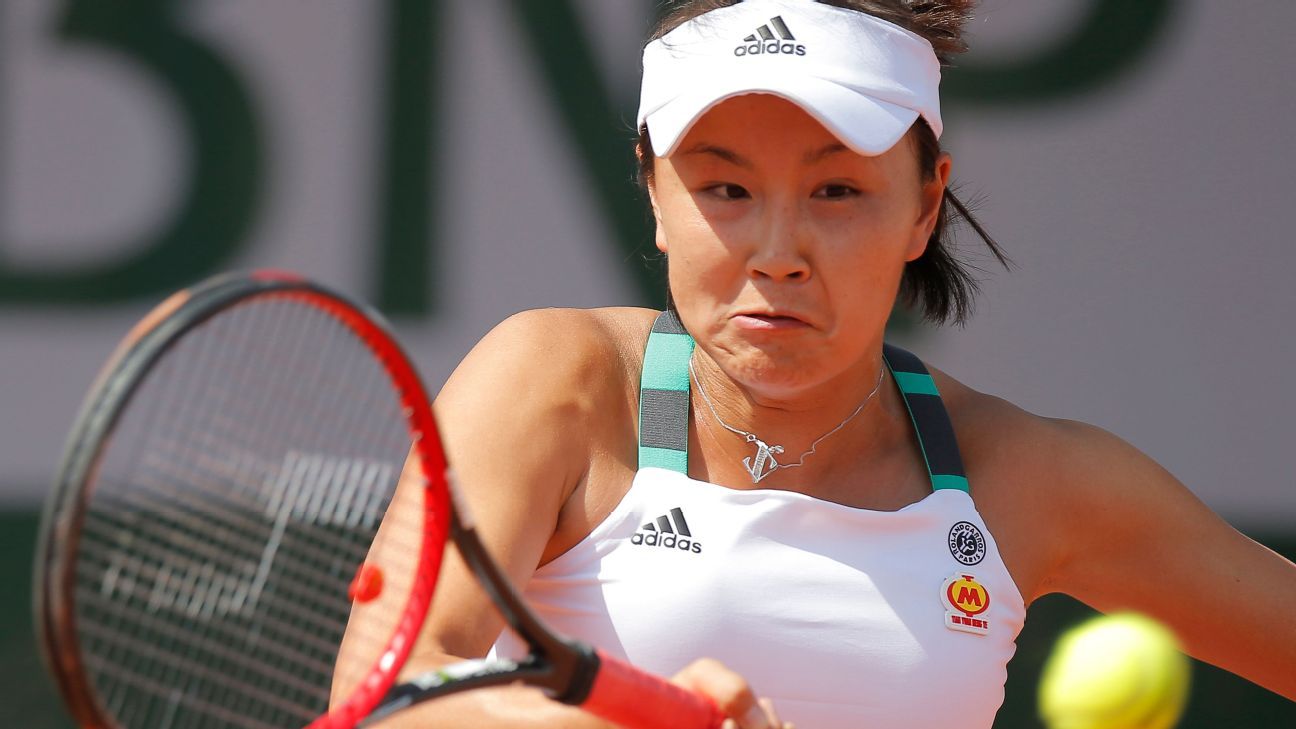 BEIJING — Chinese tennis star Peng Shuai has told a Singapore newspaper that she never said she wrote of having been sexually assaulted, despite a November social media post attributed to her that accused a former top Communist Party official of having forced her into sex.

The Lianhe Zaobao Chinese-language newspaper posted video of Peng it says was taken Sunday in Shanghai in which she said she has been mainly staying at home in Beijing but was free to come and go as she chose.

“First of all, I want to emphasize something that is very important. I have never said that I wrote that anyone sexually assaulted me. I need to emphasize this point very clearly,” Peng told the newspaper’s reporter.

The reporter did not ask how or why the lengthy and highly detailed Nov. 2 post appeared or whether Peng’s account had been hacked.

The paper said it interviewed Peng at a promotional event for the Beijing Winter Olympic Games, which begin Feb. 4. She was filmed on the observation deck of a facility where she watched a freestyle ski competition alongside former NBA star Yao Ming and other Chinese sports figures.

Peng dropped out of site after the accusation against former vice premier Zhang Gaoli briefly appeared on her verified Weibo social media before being swiftly removed. Screen shots of the post were shared across the internet, drawing widespread concern about Peng’s safety from politicians, fellow tennis stars and the World Tennis Association, which announced it was suspending all events in China indefinitely.

Following the posting, the three-time Olympian and former Wimbledon champion appeared standing beside a tennis court in Beijing, waving and signing oversize commemorative tennis balls for children. The foreign arm of state TV also issued a statement in English attributed to Peng that retracted her accusation against Zhang.

WTA chief executive Steve Simon questioned the emailed statement’s legitimacy while others said it only increased their concern about her safety. In the Lianhe Zaobao interview, Peng said she wrote the statement in Chinese and it was later translated into English but that there was no substantive difference in meaning between the two versions.

Zhang, 75, was a member of the party’s all-powerful Politburo Standing Committee until 2018 and a top lieutenant to president and party leader Xi Jinping. He has not appeared in public or commented on Peng’s accusation.

Simon said the move to put a halt to the tour’s play in China, including Hong Kong, came with the backing of the WTA board of directors, players, tournaments and sponsors. It was the strongest public stand against China taken by a sports body – and one that could cost the WTA millions of dollars.

Simon has made repeated calls for China to carry out an inquiry into the 35-year-old Peng’s accusations and to allow the WTA to communicate directly with the former No. 1-ranked doubles player and owner of titles at Wimbledon and the French Open.

The IOC has taken a different tack, with top officials saying they believe Peng is fine after video chatting with her.

The controversy surrounding Peng has added to protests over Beijing’s hosting of the Winter Games because of the government’s human rights abuses.