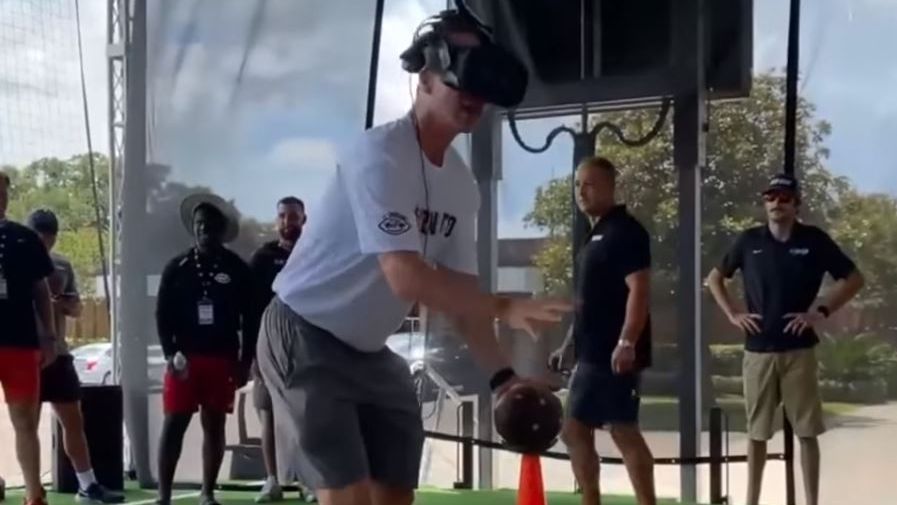 Peyton Manning has, in fact, still got it.

The Hall of Fame quarterback showed off his legendary arm — and likely tugged at the heartstrings of Indianapolis Colts and Denver Broncos fans everywhere — by tossing the rock with unparalleled precision while playing M6 Sports’ virtual reality QB simulator.

According to the company’s website, M6 Sports is “America’s fastest growing QB training.” M6 Sports also boasts the ability to help athletes ready themselves for the college recruitment process by putting themselves in “next level situations” and “training like they play.”

With this video as its testimony, it seems pretty legit.

While it’s a little surprising Manning didn’t sneak a tasteful “Omaha!” in there, we did appreciate him helping out his running back before the snap.

For a 30-second video clip, it revealed a lot. Namely, that there are a few NFL teams who should be giving Peyton a call, and that the QB simulator could make for a heck of a combine drill.

Assuming Peyton sticks with the whole retirement thing, he’ll be back to resume his Monday Night Football telecast with Eli Manning when the Cleveland Browns take on the Pittsburgh Steelers on Jan. 3, 2021 (8:15 p.m. ET, ESPN2/ESPN+).