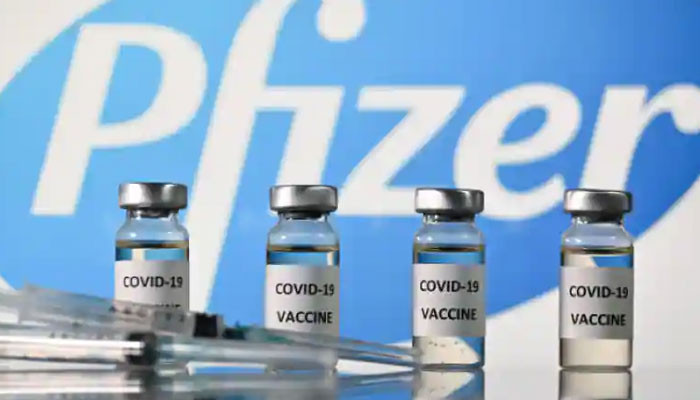 WASHINGTON: Pfizer announced Friday that it wants to test a third dose of the Covid-19 vaccine in the under-fives, as the low dosage such small children can handle may not offer the same protection that older children enjoy from just two shots.

The company does not expect the change to affect its plans to file for emergency use authorization in the United States in the first half of next year.

As part of its ongoing clinical trials, the pharmaceutical giant has selected dosage of three micrograms per injection for children aged six months to less than five years. This is 10 times less than the 30 microgram doses given to adults and significantly less than the 10 micrograms given to five to 11-year-olds.

In children in the two to five year age group, a dosage of 10 micrograms caused more fever than in the older groups, pushing the company to select a lower dosage.

But with two injections of three micrograms, their immune response was found to be poorer than in adolescents and young adults who were given the vaccine.

Pfizer, therefore, decided to modify its clinical trials to include the third dose, injected “at least two months after the second,” the company said in a press release.

A booster dose has been shown in older population categories to increase protection against the virus.

“This adjustment is not anticipated to meaningfully change our expectations that we would file for emergency use authorization and conditional approvals in the second quarter of 2022,” said Kathrin Jansen, Pfizer’s head of vaccine research.

Pfizer also announced Friday that it had started trials on 600 teenagers aged 12 to 17 to test a booster dose of either 10 or 30 micrograms.

Currently in the United States, in addition to adults, a booster dose is only permitted for adolescents aged 16 and 17 years.