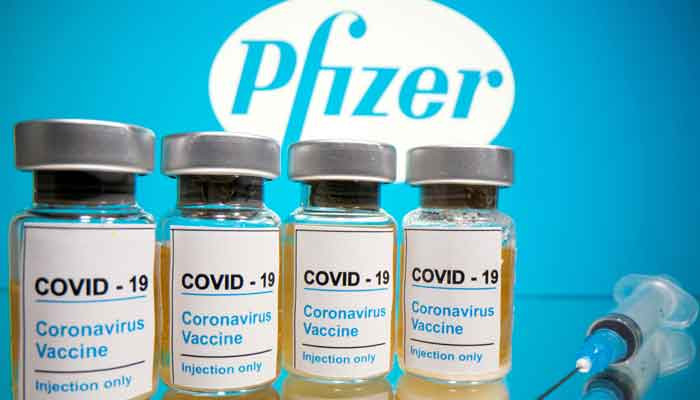 WASHINGTON: Pfizer and BioNTech said Tuesday they are seeking emergency authorization from US health regulators for use of their COVID-19 vaccine for children aged over six months and under five years.

If the Food and Drug Administration (FDA) authorises the two-shot regimen, it will become the first Covid vaccine available to this age group in the United States.

The companies said Tuesday that they started submitting their formal application “following a request” from the FDA, which seemingly wants to get the process moving quickly.

In a tweet soon after the announcement, the FDA said it will hold a meeting in two weeks, on February 15, to consider the request.

“Having a safe and effective vaccine available for children in this age group is a priority for the agency,” said interim FDA head Janet Woodcock, who added that the FDA asked for the application “in light of the recent Omicron surge.”

The companies are seeking authorisation for only two doses of their vaccine, but believe a third will be needed “to achieve high levels of protection against current and potential future variants,” Pfizer CEO Albert Bourla said in a statement.

“If two doses are authorised, parents will have the opportunity to begin a COVID-19 vaccination series for their children while awaiting potential authorisation of a third dose,” he added.

To limit side effects for this young age group, Pfizer chose to significantly decrease the dosage of its vaccine, opting for only three micrograms per jab versus 30 for those over 12 years old, and 10 for ages five to 11.

The company’s researchers concluded last fall that low doses of the vaccine provided protection in children up to two years old but not in those aged two to five, and announced in December they would add a third dose to their trials.

Data on the three-dose regimen is “expected in the coming months and will be submitted to the FDA to support a potential expansion” of this initial request, Pfizer and BioNTech said in the statement.

If the FDA authorises the emergency use of the vaccine, an advisory committee for the Centers for Disease Control and Prevention (CDC) will then meet to decide to recommend its use or not.

There are about 23 million children under the age of five in the United States, and two years after the pandemic began, many parents are waiting impatiently to vaccinate their young children against the coronavirus.

The Pfizer-BioNTech vaccine was approved three months ago for emergency use in children from five to 11, but uptake has been relatively slow.

In that age group, only 30% have received at least one dose and around 22% are fully vaccinated, according to the Centers for Disease Control and Prevention (CDC).

Young children are less susceptible to falling seriously ill with COVID-19, but some nonetheless end up hospitalized by the virus.

New pediatric coronavirus hospitalisations hit a record high in the United States in December as the Omicron strain spread rapidly.

Some cases of the life-threatening illness MIS-C (multi-system inflammatory syndrome in children), have also been reported in young children with Covid.

CDC data shows that about 400 children aged four and under have died from COVID-19 in the United States since the pandemic began.