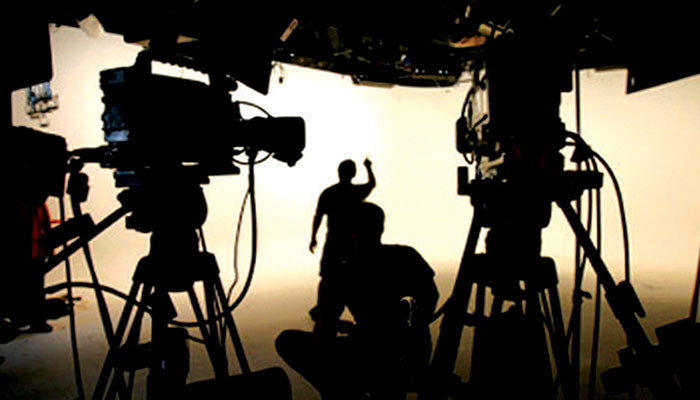 KARACHI: Journalists organisations have condemned the PLM-N leadership over derogatory remarks against senior anchors, analysts, and opinion-makers and sought their apologies and assurances of ensuring freedom of press and expression.

Pakistan Federal Union of Journalists (PFUJ) has expressed serious concern over a leaked audio clip of two senior PMLN leaders using abusive and undignified language against senior journalists andanchors of a TV channel and termed it alarming as it reflects the mindset of political leadership against the media and independent journalists.

In a joint statement, President PFUJ Shahzada Zulfiqar and Secretary General Nasir Zaidi, while expressing anguish over the purported telephonic conversation between PMLN Vice President Maryam Nawaz Sharif and Pervez Rasheed who was information minister during the previous PML-N government, said that “it is strange that while in government these political leaders work against freedom of the press and free speech but during days of opposition they advocate freedom of media to muster support.”

While commenting on the language used by Parvez Rasheed, who is a seasoned politician respected by the entire media, the PFUJ leadership said “such language was not expected from him who instead of defending the freedom of press and expression, used derogatory words for journalists to please his leadership. We want an apology from the PMLN leadership and respect for media and media personalities and assurances for ensuring freedom of press and expression,” they said

“AEMEND believes in independence of media and rejects any disrespect of working journalists, whether by political parties or institutions for vested interests. Furthermore, no individual or institution has a right to dictate to the media who can or cannot be allowed to appear on-air.” The association believes that all political parties should desist from trying to dictate to the media on internal decisions of hiring and inviting guests on programmes. The desire to ‘manage’ the media is exposing the dictatorial mindset present in democratic parties, which needs to be reined in.

“AEMEND stands with all journalists who are being vilified by political parties and institutions and demands that all such efforts be ceased immediately and apologies must be tendered by Maryum Nawaz and Pervez Rasheed to all affected journalists forthwith”.

Similarly, the Council of Pakistan Newspaper Editors (CPNE) in its statement condemned the highly immoral and indecent remarks made by Maryam and Pervez against journalists. The purported audio that went viral on electronic and social media was described as a conspiracy against journalists. CPNE leaders said that senior journalists and other media persons, including anchors, have the right to analyse and express their views. The council made it clear that no pressure would be tolerated on the media and journalists.

The CPNE leaders said that in the alleged audio leak, the immoral talk of politicians against journalists has exposed their hidden dictatorial thoughts of controlling the media. The intolerant and prejudiced attitude of senior PMLN leadership and politicians towards senior journalists and the media shows how freedom of the press and freedom of expression can be suppressed.

The CPNE demanded from PMLN leader Pervez Rasheed to apologise to the media across the country, including the senior journalists and anchors. They also called on the government to conduct a forensic investigation into the audio recording and hold accountable the conspirators who illegally recorded the telephones and made it viral on social media.