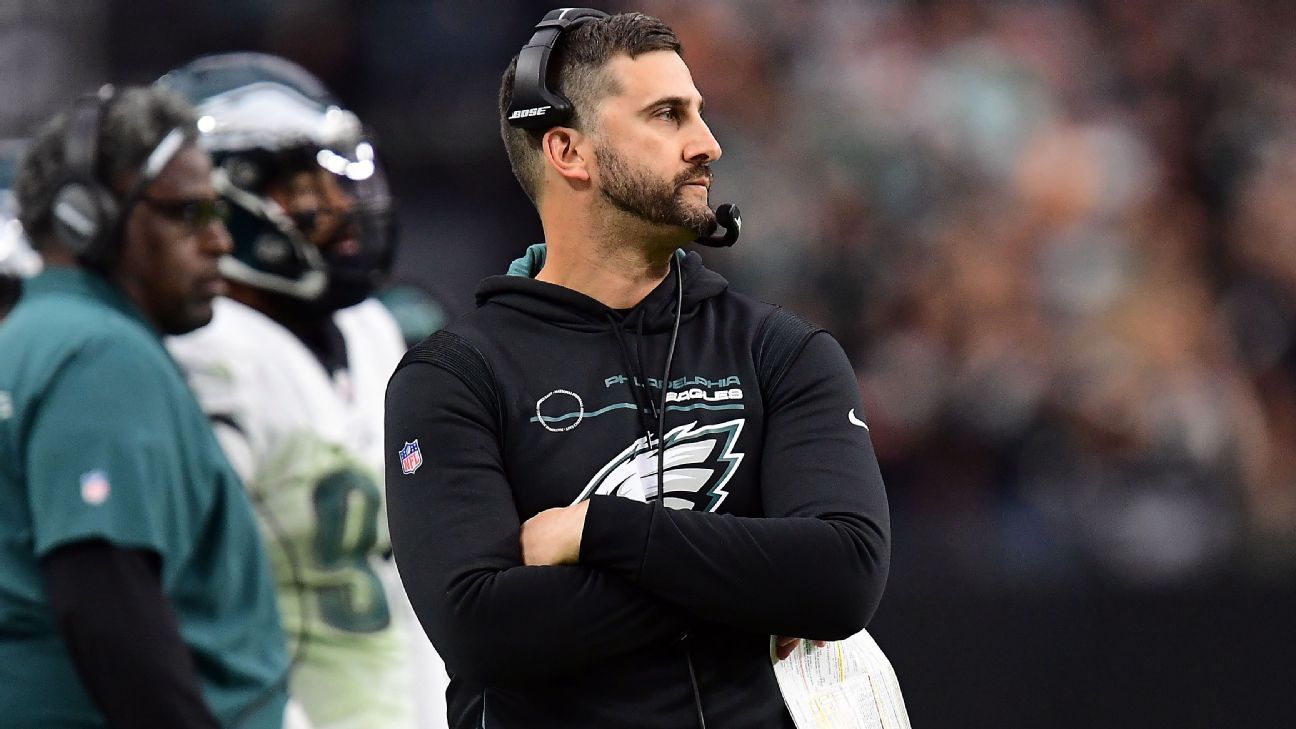 PHILADELPHIA — Eagles coach Nick Sirianni has tested positive for the coronavirus and has entered the league’s protocol.

The team said in a statement that Sirianni, who coached his team to a 27-17 victory over the Washington Football Team on Tuesday night, tested positive on Wednesday after feeling symptoms.

Sirianni, in his first season as the Eagles’ head coach, will work remotely and is hopeful he can return by Sunday, when Philadelphia host the New York Giants. If he cannot, passing game coordinator Kevin Patullo will assume head coaching duties in his absence while offensive coordinator Shane Steichen will calls the plays on offense.