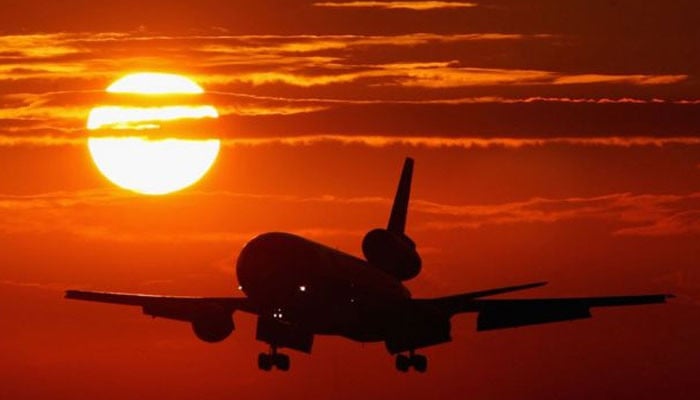 A passenger plane of a private airline narrowly escaped an accident at the Islamabad airport after the aircraft was hit by a bird during landing.

The plane was carrying over 150 passengers from Karachi.

After a slight delay, as the private airline’s engineers had to do repair work, the plane was to fly back to Karachi.

The spokesperson of the private airline said the bird hit the landing gear.

As a result of the bird strike, the plane was slightly damaged, said the spokesperson, adding that the Islamabad-Karachi flight would now take off behind schedule.