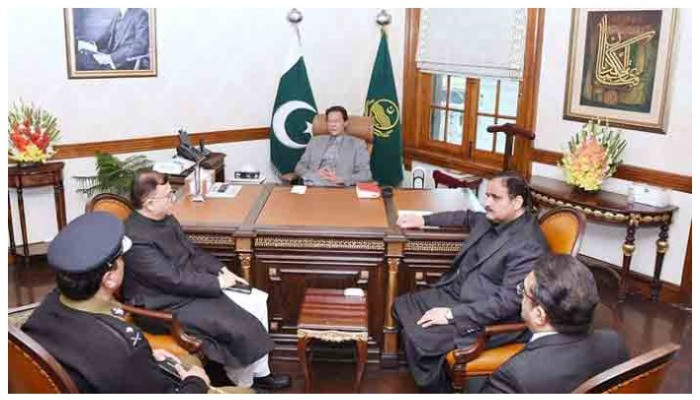 LAHORE: After a major setback for PTI in the first phase of the 2021 local government elections in Khyber Pakhtunkhwa, Prime Minister Imran has formed a 21-member supreme committee to devise a political strategy for the second phase of LG polls.

The first meeting of the supreme committee has been convened today (Friday) which will be headed by the premier himself.

Sources privy to the matter said that major decisions regarding the upcoming LG polls in Punjab are also expected at the meeting.

Sources further stated that the meeting will review the candidates for the divisional headquarters’ metropolitan commissioner slot and mayor slots who are contesting in the first phase of Punjab LG polls.

Moreover, the names of political personalities will be considered for nomination for the mayor’s seats.

Earlier, PM Imran Khan had directed the party leadership to adopt a joint strategy for the upcoming LG polls in Punjab, The News reported.

The premier advised that the Punjab leadership should consult with senior leaders to devise a plan of action to perform better in the Punjab LG elections.

He was presiding over a meeting of PTI members and senior leadership to hold consultations on local body elections in Punjab.

PM Imran Khan said that he has always respected the views of senior workers and leaders of the party.

He decided to personally monitor PTI’s strategy for the LG polls in Punjab, saying that the party should prepare for the contest from this very moment.

The prime minister said that the government wants the transfer of power at a lower level to form a strong local government system for the solution of people’s problems on the grassroot level.