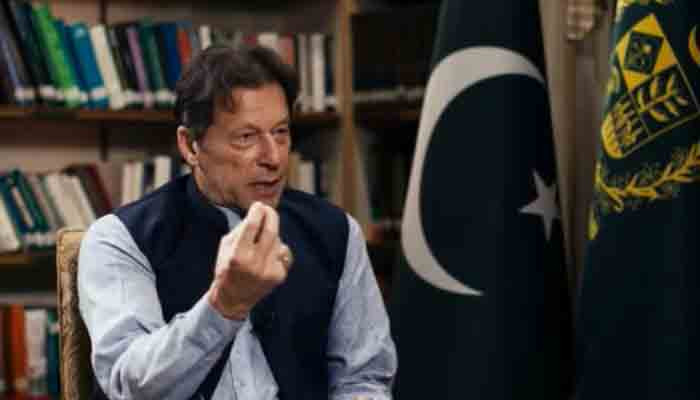 ISLAMABAD: Prime Minister Imran Khan has lashed out at the Bhuttos and the Sharifs, blaming them for destroying the country and having a hand in the problems the country is facing today.

In an interview to Al Jazeera, he said Pakistan was rich in resources but the Bhutto and Sharif families used them unfairly.

He said his government wanted Pakistan to become a prosperous country and was fighting against the two super-rich families.

PM Imran Khan alleged that the two families were working to set up their dynasties in Pakistan and were responsible for the present mess the country is in.

“Corruption is something which destroys a country. The poor countries are poor not because they lack resources but because their leadership is corrupt,” he told the anchorperson Ola Al-Fares.

“I will myself conduct transparent investigations against ministers If corruption allegations are levelled against them,” he said, adding that the government sprung into action after a sugar inquiry report exposed the mafia.

PM Imran Khan said that during his long stay in the UK, he became well versed with the West’s political system and has always criticised the politics of western powers.

To a question, he said the Holy Prophet (Peace Be Upon Him) had transformed human beings and changed their characters, and made them leaders for all times to come.

“He was Rahamtullil Alamin (blessing for the whole world), not just the Muslims. Anyone who will follow his model will rise,” the prime minister remarked.

Expressing concern on the Afghan crisis, the prime minister said they are facing extreme hunger and the US should support them.

“I didn’t understand what objectives the US wanted to achieve in Afghanistan. They occupied the country for 20 years in the name of so-called war [against terror].”

The prime minister also highlighted the plight of the Kashmiris, saying that occupied Kashmir is like a prison, adding that eight million Kashmiris are forced to live in the open jail.

“We will raise the Kashmir issue at every forum.”

He said the BJP’s fascist government is dangerous for India and the region and “feared that Pak-India nuclear war may break out due to BJP’s policies”.

“I don’t understand how the BJP is ruling a wise nation such as Hindus,” he added.