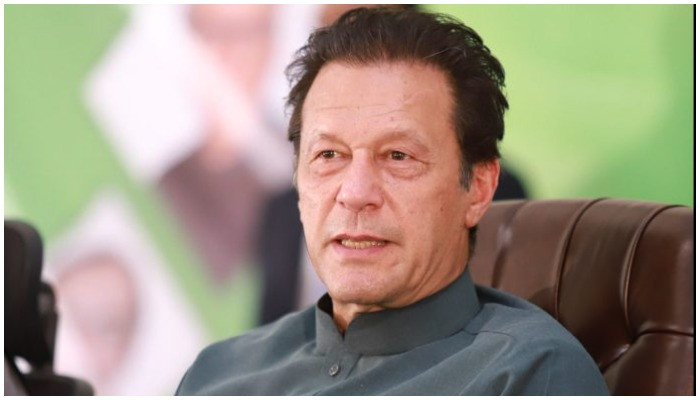 BAHAWALPUR: Prime Minister Imran Khan on Tuesday slammed the Supreme Court Bar Association (SCBA) over its decision to file a petition against lifelong disqualification saying that the body has gone to court for a “thief” who ran to London by “lying”.

“They [SCBA] are asking the court to give him [Nawaz Sharif] one more chance. SCBA’s next petition should be to open [the doors] of all the jails,” he sarcastically said while addressing the launch ceremony of the Sehat Insaf Card in the Bahawalpur division.

Attacking former prime minister Nawaz Sharif, the premier said that both the sons of the PML-N supremo are “sitting in London on properties worth billions.”

“London is the most expensive city in Europe and their homes are located in London’s most expensive area. He has sent his kids abroad. When you ask the three-time prime minister how did his kids accumulate billions, he says to ask the kids and when you ask them, they say that they are not Pakistani citizens,” said PM Imran.

Turning his guns towards Opposition leader Shahbaz Sharif, PM Imran said that the “whole world would be in shock if they see that a person earning Rs10,000 in Shahbaz Sharif’s son’s sugar mill has Rs4 billion in his name.”

“When you go into the details you will find out why our country could not reach the place it should have been. If you let a dacoit sit in a factory, then it will go bankrupt,” said the premier.

The premier claimed that in every poor country, a “dacoit” is made in charge who then steals the country’s wealth and takes it abroad.

“Till a nation does not unite to fight [against wrongdoing], the rule of law will not prevail. Our struggle is against bandits,” said PM Imran.

Speaking about the SBCA, PM Imran claimed that the lawyers’ body will go to court and request it to give another chance to a person who left the country by lying.

“If you [SBCA] do not see any fault in him then why have you put the poor in jail? You should free them first. Supreme Court bar should file the next petition to open all jails in Pakistan.

In his address, PM Imran said that the PTI-led government was committed to mitigating the deprivation of the people of South Punjab by ensuring their fair share in the development budget and employment opportunities.

PM Imran said the people of South Punjab would be given their right of access to education, healthcare and development in accordance with the percentage of the population.

The prime minister termed the launch of the health coverage facility as the “landmark step” to accommodate the people bearing the burden of expensive medical treatment.

He said universal health coverage was available in a few countries across the world, where the government fully covered the medical expenses.

In Pakistan, he said, the philosophy behind the health card was in line with the goals of a socio-welfare State of Madinah, adding that it would prove a phenomenal step in the improvement of healthcare services.

The premier said the health card was a defining moment in encouraging the private sector to join the medical network especially in rural areas and creating an environment to compete for the public sector hospitals to improve their services.

He said a massive amount of over Rs 400 billion would be spent on health insurance programmes to meet the demands of the growing population.

The premier added the programme would address the problems including the unavailability of doctors and paramedic staff at hospitals, especially in rural areas.

PM Khan said the government was taking steps to improve economic stability and mentioned that the credible ‘Economist’ magazine and ‘Bloomberg’ had ranked Pakistan among the top three countries that had effectively sustained economically during the pandemic.

He dismissed the “unreasonable” criticism of media that called the government “inefficient”, and said that economic growth was 5.37% despite the pandemic situation, adding that it could not be termed as inefficiency.

Instead, he pointed out that the international media including BBC had reported about the “stories of massive corruption” committed by the leaders of two previous governments of Pakistan.

The programme has already been launched in Khyber Pakhtunkhwa, Punjab, Islamabad, Gilgit Baltistan and Azad Jammu and Kashmir.