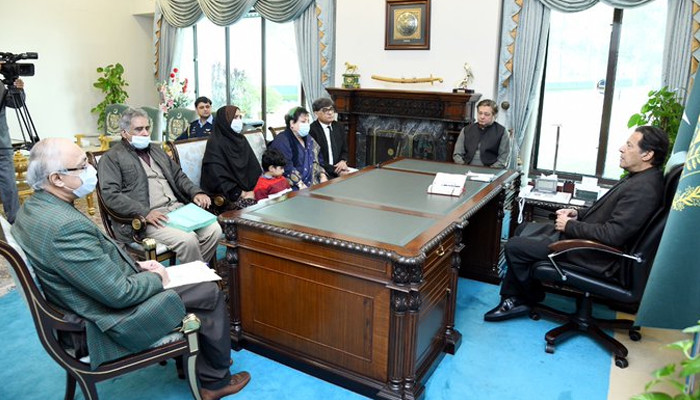 Prime Minister Imran Khan on Thursday met the family of missing journalist and blogger Mudassar Naaru and provided them reassurances of the government’s resolve to get to the bottom of the matter.

The meeting followed directives by the Islamabad High Court to Minister for Human Rights Shireen Mazari to take Naaru’s family to meet the cabinet and the prime minister.

The court, during a hearing over a petition seeking the journalist’s recovery, told the minister that it was the responsibility of the government to look after the missing journalist’s children and satisfy the other family members.

Today Mazari posted an update on Twitter, along with a photo of the family meeting the premier.

“PM met with Mudassar Naaru’s parents and son this afternoon. Parents gave details of what they had been going through,” she wrote.

Mazari said that the prime minister “reassured them” and ordered a “complete report” on Naaru’s whereabouts and on what happened to him.

“The family expressed their confidence in the PM’s commitment,” she added.