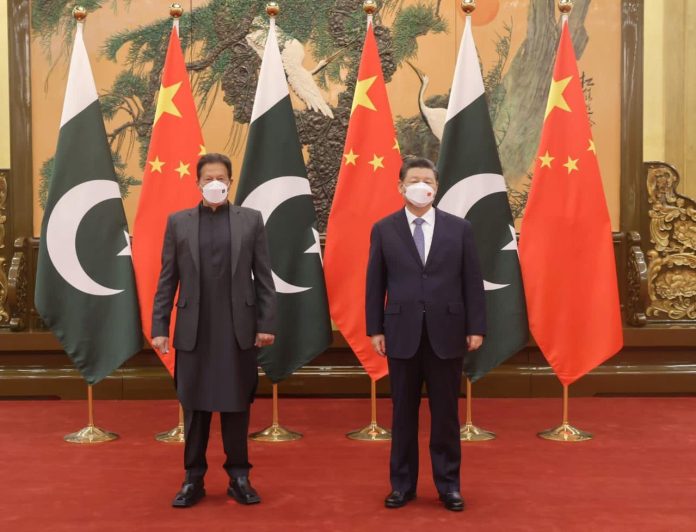 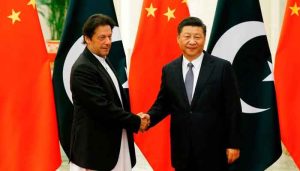 Prime Minister Imran Khan and his high-level delegation returned to Pakistan on Sunday following a four-day visit, described as “successful” by Minister of Information and Broadcasting Fawad Chaudhry.
The four-day visit included meetings with top Chinese leadership, the business community, the signing of several memoranda of understandings (MoUs), and attending the opening ceremony of the Winter Olympics — as a sign of solidarity with Beijing.
Before leaving for Pakistan, Prime Minister Imran Khan met with China’s President Xi Jinping at the Great Hall of People in Beijing. He welcomed increased Chinese investment in China-Pakistan Economic Corridor’s (CPEC) Phase-II, which centered on industrialization and improving people’s livelihoods.
The two leaders reviewed the entire gamut of Pakistan-China bilateral cooperation, while also exchanging views on regional and global issues of mutual interest. PM Imran congratulated the leadership and people of China on the successful hosting of the 24th Olympic Winter Games in Beijing. He also extended his best wishes on the Chinese Lunar New Year.
The premier underscored that China was Pakistan’s steadfast partner, a staunch supporter, and iron brother. He emphasized that the all-weather strategic cooperative partnership between Pakistan and China had withstood the tests of times and the two nations firmly stood side-by-side in realizing their visions and shared aspirations of peace, stability, development, and prosperity.
The prime minister briefed President Xi on a people-centered geo-economics vision and his government’s policies for Pakistan’s sustained growth, industrial development, agricultural modernization, and regional connectivity.
He also lauded China’s continued support and assistance to Pakistan’s socio-economic development in the form of the high-quality development of the China-Pakistan Economic Corridor (CPEC).
During the meeting, Prime Minister Imran Khan shared his views with the Chinese president on the growing polarization in the world, which threatened the unraveling of global developmental gains and posed serious risks to the developing countries.

He also highlighted that insurmountable challenges like climate change, health pandemics, and growing inequalities could only be tackled through unqualified cooperation of all nations in accordance with the purposes and principles of the UN Charter.
In this regard, PM Imran lauded President Xi’s visionary Belt and Road and Global Development Initiatives, which called for collective action for sustainable development and win-win outcomes.
Discussion on Kashmir Issue: The prime minister highlighted that atrocities being perpetrated in Indian Illegally Occupied Jammu and Kashmir (IIOJK) and the persecution of minorities in India in advancing the Hindutva mindset of RSS-BJP, was a threat to regional peace and stability.
He added that the rapid militarisation of India was undermining regional stability.
Pakistan’s full support to China on all issues of its core interest was also underlined by PM Imran Khan. He said that the partnership between Pakistan and China was an anchor for peace and stability in the region, and thanked the latter for its unwavering support to the former’s sovereignty, territorial integrity, independence, and national development.

Afghanistan issue was also discussed. Both leaders acknowledged that a peaceful and stable Afghanistan will promote economic development and connectivity in the region. They called on the international community to promptly assist the Afghan people in averting a humanitarian catastrophe.
Both leaders appreciated the signing of a number of agreements covering industrial cooperation, space cooperation, and vaccine cooperation.
The two leaders reaffirmed their resolve to build the Pakistan-China community for a shared future in the new era.

“The Chinese side reaffirmed its support for Pakistan in safeguarding its sovereignty, independence and security, as well as promoting its socio-economic development and prosperity,” according to the joint statement issued after the meeting.