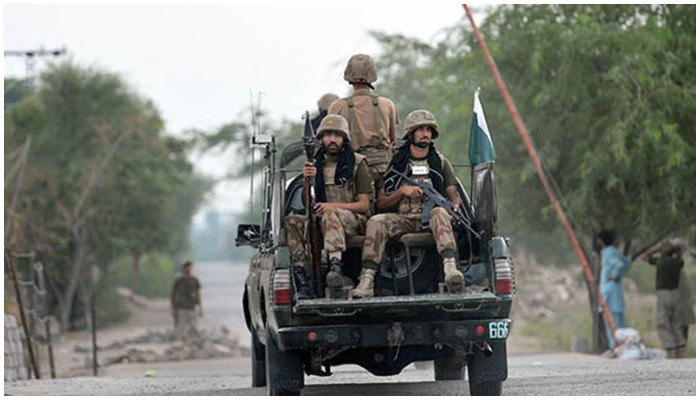 ISLAMABAD: Prime Minister Imran Khan on Thursday honoured the security forces of Pakistan for foiling the terror attacks on their camps in Balochistan.

In a recent event, a soldier embraced martyrdom, one soldier sustained injuries and four terrorists were killed during an attempted attack at the security forces camps at two separate locations, Panjgur and Naushki, in Balochistan.

Taking to Twitter, PM Imran Khan said that the nation stands united behind the security forces of Pakistan.

The minister, in a video statement released on Twitter, said that the terrorists made a major attack in Naushki and Panjgur late on Wednesday night, which the “great forces” of Pakistan thwarted.

He went on to say that the terrorists have been thrown out of both Naushki and Panjgur as the forces “kept their tradition alive”.

“This is a great victory that the Pakistan Army has achieved against terror as per routine,” he said.

Rasheed revealed that four to five terrorists are still surrounded by the security forces in Panjgur.

“Pakistan army will soon defeat them as well,” he concluded.