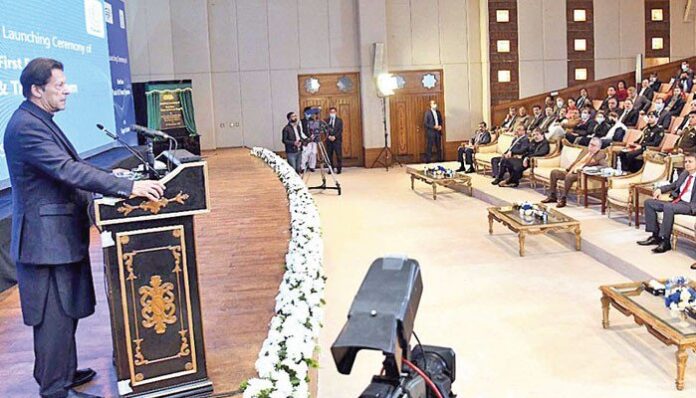 ISLAMABAD: Prime Minister Imran Khan on Tuesday ordered a high-powered inquiry against a senior bureaucrat who criticised the ruling party’s way of governance on social media. Senior civil servant in one of his purported Facebook posts compared the Pakistan Tehreek-e-Insaf (PTI) with the government of Taliban in Afghanistan.

Passing some “objectionable comments” against the ruling party, Hammad Shamimi, senior joint secretary (Cabinet Division), wrote that the PTI came into power but did not know how to run the government.

His post was tantamount to misconduct under the Civil Servants (Efficiency and Discipline) Rules, 2020, according to a statement of allegations issued by Secretary Establishment Division Afzal Latif on Monday. Afzal Latif’s inquiry order against him read: “The Prime Minister in his capacity as ‘Authority’ is pleased to appoint Mr. Sanaullah Abbasi (PSWBS-22), Director General, FIA, Islamabad, as Inquiry Officer to conduct inquiry proceedings against Mr. Hammad Shamimi (SGTBS-21), Senior Joint Secretary, Cabinet Division, Islamabad.”

The Establishment Division’s notification then goes on to reproduce Shamimi’s alleged post in Urdu, in which he had written on Facebook: “A similarity between the PTI and the [Afghan] Taliban is that both are figuring out how to run the government only after assuming power.”

The ED earlier this year barred officials from using social media platforms except with the permission of the government. The notification had said that instructions were not intended “to discourage any constructive and positive use of social media by a government organisation for engaging the people to solicit feedback on a government policy, suggestions for improvement in service delivery and resolution of their complaints”.

Referring to Rule 22 of the Servant Rules, the ED Secretary’s office had stated that “the rule restrains a government servant from making any statement of fact or opinion which is capable of embarrassing the government in any document published or in any communication made to the press or in any public utterance or television programme or radio broadcast delivered by him or her.” Hammad Shamimi, who is facing this inquiry, confirmed this move against him saying, it was true that he would facing this inquiry.