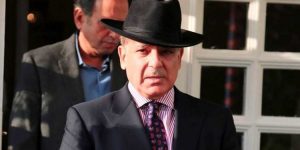 Russian President Vladimir Putin and Prime Minister Shahbaz Sharif have silently exchanged letters, indicating their desire to strengthen bilateral cooperation. The letters were sent after Shahbaz was elected Prime Minister, but both parties kept developments out of the media spotlight in what appeared to be an attempt to avoid any public attention.
A senior foreign office official said that President Putin wrote a letter to the Prime Minister, congratulating him on his election, and expressing the desire to deepen cooperation between the two countries.
PM Shahbaz replied to Putin, thanking him for his congratulations and expressing similar feelings on bilateral relations as well as Afghanistan cooperation.

The letters were sent at a time when Imran Khan, the former Prime Minister of Pakistan, is adamant that he was removed from power through an alleged US-backed motion of no-confidence because the US did not approve of his Russian policy. President Putin’s message of congratulations, on the other hand, suggested that the process of forging a partnership between Pakistan and Russia would continue under the new political dispensation.

On April 12, the Russian Embassy in Islamabad congratulated Shahbaz and expressed confidence that relations between the two countries would improve under his leadership. Ursula von der Leyen, President of the European Commission, also congratulated PM Shahbaz on his appointment as Prime Minister and emphasized the commission’s intention to expand its bilateral partnership with Pakistan.