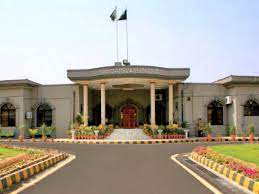 The Islamabad High Court (IHC) expressed its displeasure on Monday with the government’s failure to take meaningful actions to recover missing persons and stated the prime minister could be summoned to court if action is not taken.
IHC Chief Justice Athar Minallah, during the hearing about a petition regarding missing persons including Mudassar Naaru and others, said if the government does not address enforced disappearances then the prime minister will have to present himself before the court on September 9.
“It is a fact that nobody is doing anything [about it],” observed Justice Minallah.

According to the deputy attorney general, out of 8,400 people, 600 citizens are still missing.

The deputy attorney general admitted that “things are not the way they should be” but assured that the cabinet committee will adequately address the matter and added that the “agencies were under the control of the federal government”.