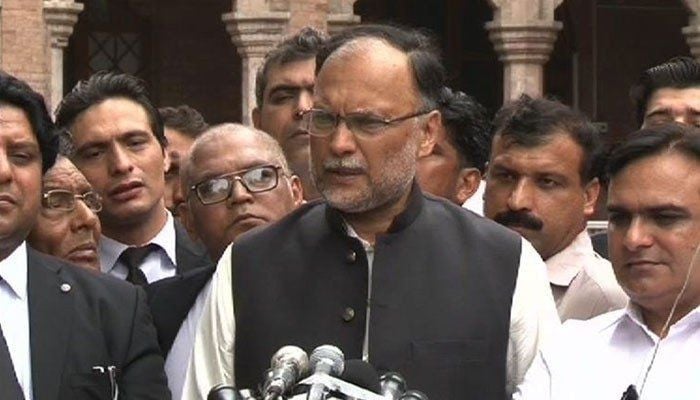 MATIARI: PML-N Secretary-General Ahsan Iqbal on Wednesday said that his party had accomplished “unprecedented development work” during its tenure and “had the government not ended, the Hyderabad-Sukkur Motorway would have been completed too.”

Speaking at a lawyers’ conference in Matiari, Sindh, Iqbal claimed that his party was sent packing as a result of a “rigged election” which, in turn, brought an incompetent government into power.

“To put the country on the path of development, the vote must be respected, and governments must be formed through free and fair elections,” he stated.

Iqbal told lawyers that if the Constitution is not followed, the country’s fate will remain unchanged.

“I hope the lawyers join us in this endeavour,” he said.

He stated that the country’s economy has slowed down as the population has risen rapidly, adding that economic development and the rule of law are inextricably linked.

While discussing opportunities for youth, Iqbal stated that revolutions occur when pathways for youth to progress are closed.

Additionally, he said that the PML-N “decisively defeated terrorism” during its time in power.

‘NA-133 by-election to be a referendum against PTI’

Earlier, PML-N had said the by-election in NA-133 will prove to be a referendum against the “three-and-a-half-year misrule of the PTI-led government”, adding that the PPP has also utterly disappointed the people of urban Sindh — especially the citizens of Karachi — following which the ruling party of Sindh has no competition with the PML-N.

“All those who voted for the PTI are completely disappointed with its anti-people agenda and even the committed supporters of PTI will also seal the deal with PML-N,” central PML-N leader Khawaja Saad Rafique had said while addressing a press conference along with Ataullah Tarar, Khawaja Imran Nazir, and Ali Pervez Malik.