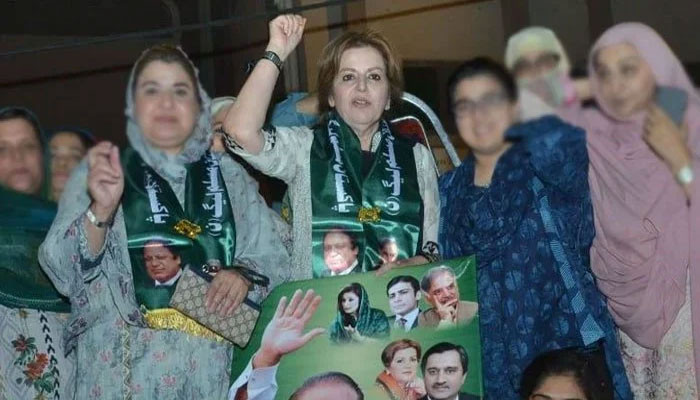 Turnout of votes was on lower side as it remained only 18.59 percent. There are a total of 440,485 registered voters in this constituency out of which 233,558 are male and 206,927 are female voters. However, only 81,895 voters exercised their right to vote out of which 50,936 were male voters while 30,959 were female voters. As many as 898 votes were rejected due to different technical reasons. The Election Commission of Pakistan had constituted 254 polling stations for the by-polls. The polling started at 8:00am and continued till 5:00pm without any break and untoward incident.

The early hours of polling witnessed very low turnout and majority of the polling staff was sitting free. However, in afternoon the number of voters increased gradually.

It was almost after 10 years, the provincial metropolis witnessed a clash between two rivals PML-N and PPP because of the absence of any candidate of the ruling PTI in NA-133. The seat fell vacant after the death of PMLN stalwart and five times MNA from Lahore Pervaiz Malik.

In 2018 general elections, PML-N candidate Pervaiz Malik got above 85,000 votes whereas PTI candidate was Ejaz Chaudhry, who got around 77,000 votes.

Violations of code of conduct were also observed in NA-133 by-election. PPP voter entered the polling booth with his mobile phone, stamped PPP election symbol and boldly took his selfie and uploaded it to the social media, which pointed out loopholes in the security system.

Meanwhile, PMLN President Shehbaz Sharif in his message on the social media urged the voters to use their voting right to stop inflation, economic catastrophe and unemployment. “Only PML-N can give relief to the country and the people,” he said.

The polling continued till 5pm without any break. A scuffle broke out outside a polling station in Green Town Mariyum Colony Block-1. However, the police managed to control the situation and pushed the political workers back.