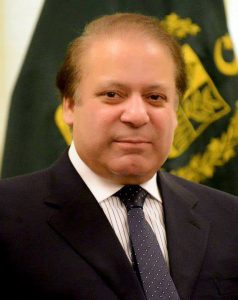 On Tuesday, 14 June, Pakistan Muslim League-Nawaz (PML-N) leader Nawaz Sharif requested his party-led government to facilitate former president Gen (retd) Pervez Musharraf’s return to the country.
Nawaz Shareef stated on his Twitter account that he has no personal enmity or animosity towards Pervez Musharraf and that he doesn’t want anyone else to suffer the traumas he endured.

“I have no personal enmity or animosity towards Pervez Musharraf, I don’t want anyone else to suffer the traumas I have to endure for my loved ones. I pray to Almighty Allah for his health. If he wants to return to Pakistan, the government should facilitate him,” Nawaz Shareef wrote on Twitter.

Director-General Inter-Services Public Relations (ISPR) Major General Babar Iftikhar, while speaking to the media yesterday, also mentioned that the top military leadership’s stance was to bring the ailing former president, who has been living in Dubai since 2106, back to Pakistan in view of his critical medical condition.
“General Pervez Musharraf’s health is very bad. In such a situation, the leadership of the institution is of the view that he should be brought back to Pakistan. But this decision will be made by his family and doctors,” he said while adding that Musharraf’s family has been contacted for this purpose.

Last Friday, Musharraf’s family rejected rumors of his demise, stating the former president was not on a ventilator, but they noted, however, that a full recovery was “not possible.”
Additionally, General Musharraf had also expressed his desire that he wanted to spend the rest of his life in Pakistan.