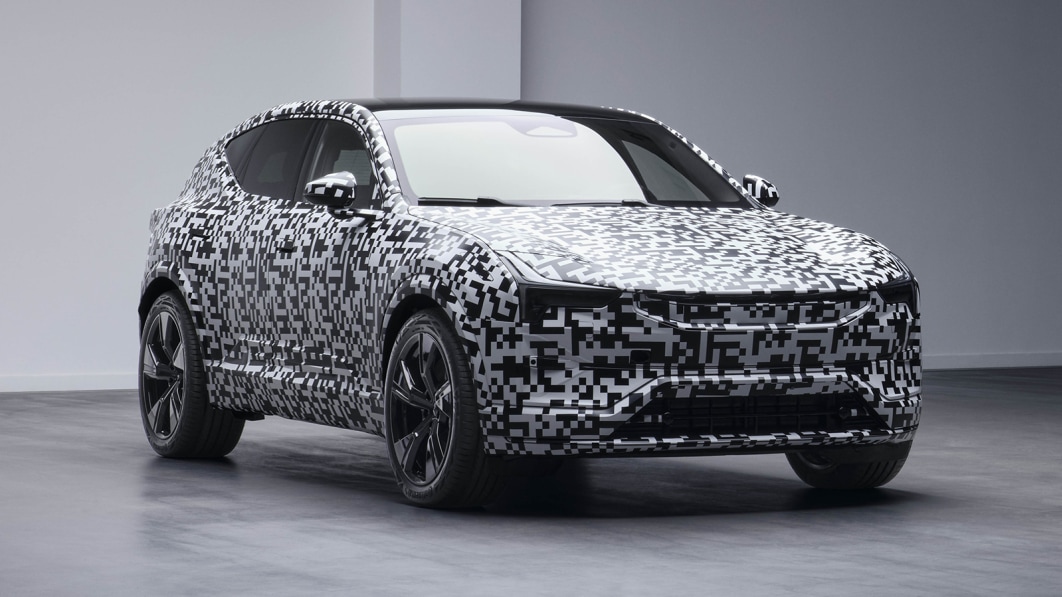 Polestar is beginning a rollout of multiple models, and its first preview into the future was the Precept, a concept that will become the Polestar 5. That model is still a few years away, but next year we’ll be getting the Polestar 3, the brand’s first electric SUV. And the company has even provided a peek with a camouflaged prototype.

Though the Polestar 5 will be closer to the Precept, the Polestar 3 still borrows many styling cues from the concept. It has the slender, smiling grille and swept back headlights that look like a sleeker version of the “Thor’s Hammer” motif on Volvo lights. Naturally there’s the hatchback roofline but also the wide rear haunches and the kicked-up window line toward the back. But the whole thing looks much shorter and taller. Proportionally, it almost seems like a Polestar 2 with a hatch.

The SUV will launch in 2022. We would expect a reveal sometime in the first half of the year and probably availability later in the year. It will be built at the Volvo plant in Charleston, S.C., making it the first American-made Polestar. It will also be the first of three models coming in the next three years, with the next being another SUV called Polestar 4, and the last being the Polestar 5. It’s all part of a plan to dramatically increase global sales from the company’s expected 29,000 units this year to 290,000 in 2025.

The only other details Polestar gave about the 3 were that it will come equipped with lidar sensors and be offered with what we expect will be the equivalent of GM’s Super Cruise or Ford’s BlueCruise hands-free highway cruise control. Polestar called it “autonomous highway driving.” We’ll certainly get more details about this feature and specifications on the powertrain with the reveal next year.