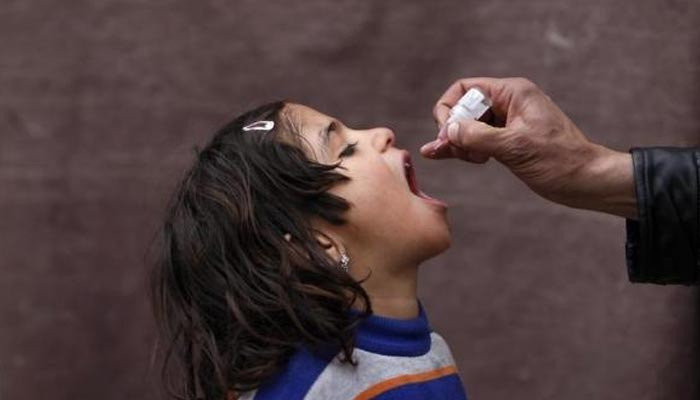 LAHORE: A man was arrested in Lahore on Monday for allegedly hurling bricks and misbehaving with a polio team.

The incident occurred at BB Pak Daman Street No. 26 in the Gujjar Singh neighbourhood of Lahore where a team of volunteers was administering polio drops to children.

The suspect, along with his family, started hurling bricks at the polio team from the roof of his house.

The polio workers, following the event, filed a complaint against the family. Further investigations are underway, police said.

The incident took place in Tank, Dera Ismail Khan district of KP, when armed men on a motorcycle had attacked the polio security team, martyring one security official and injuring another.

The armed men fled the scene, and a police search operation to find them is underway, DPO Sajjad Ahmed had told Geo News.

The banned Tehreek-e-Taliban Pakistan (TTP) had claimed that its fighters attacked the polio team in Tank.