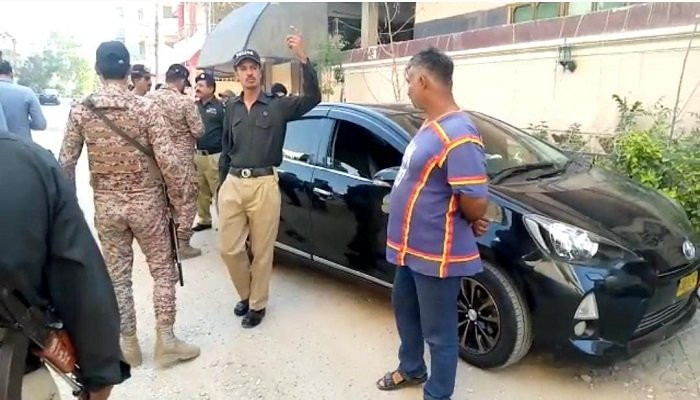 The Counter-Terrorism Department (CTD) Karachi suspect slain Sindh Bar Council (SBC) secretary Irfan Mahar’s murder was plotted by his wife, as per a report in The News.

Sources privy to the development informed The News that CTD Karachi arrested the victim’s brother-in-law Akbar Mahar and accomplices Rahim Bux Mahar, Wajid Jakhro and two other persons of Mangi and Lashari castes for having a hand in his killing.

The report states that Mahar’s brother-in-law is the main suspect in the murder while they think his wife, Sahibzadi, played a key role in having her husband killed. The wife is still at large.

An initial investigation revealed that Sahibzadi wanted to take control of Mahar’s properties. However, when the victim gave some of them to his brothers, Sahibzadi plotted his murder with her brother, Akbar Mahar.

Sources disclosed that the police have also detained an official of the Sindh Bar Council, Additional Secretary Parvez Memon, in connection with the same case.

Akbar Mahar murdered his brother-in-law Irfan Mahar with the help of his relative, Rahim Bux Mahar and other associates, Wajid Jakhro and others, said police.

Police said they have recovered the murder weapon, a 30-bore pistol, the motorbike used to assassinate Mahar, helmets worn by the suspects and the records of Akbar Mahar and his aides staying in a Karachi hotel.

Authorities have also received the Call Data Record (CDR) of the suspects.

SBC secretary gunned down in Karachi

Earlier this month, SBC secretary Irfan Ali Mahar was killed in a gun attack near his house in Karachi’s Gulistan-e-Jauhar area.

The incident took place in Gulistan-e-Jauhar Block 13. Mahar was being shifted to the hospital when he died on the way.

According to the police, the accused had fired several shots in a row at Mahar and escaped.

Lawyer Naeem Qureshi had said Mahr, 45, returned to Block 13 in his car to drop his daughter off to school. But two suspects on a motorcycle fired shots at him while he was sitting in his car.

Police had received closed-circuit television (CCTV) camera footage of the shooting of the lawyer in Gulistan-e-Jauhar. In the video, the accused can be seen wearing helmets. One of them can be seen firing at a car.