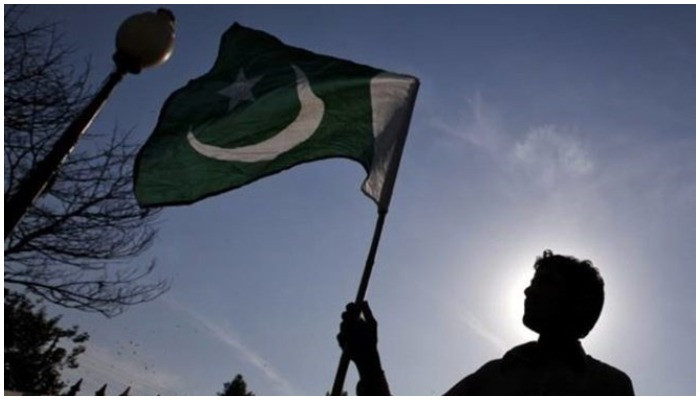 For decades, enough has been said and written about how Pakistan has fallen far short of the ideals of a just and progressive society at peace with itself. A wide range of informed analyses and insights have contributed to a rich debate highlighting policies that would create a secure, stable, and prosperous state promoting justice, human security, and sustainable national development. Proposed measures have included, among others, comprehensive ideas about institution building, socioeconomic reforms, inclusive economic growth and an independent foreign policy.

If these objectives remain as elusive as ever, does it mean the suggested policies have not worked? Or that nobody has been listening? The honest truth is that successive governments have had enough expertise among the bureaucracy and their economic planners to know these simple truths. So, if Pakistan has continued to live dangerously as a heavily indebted country struggling on several counts of human development it is not out of ignorance of those at the helm of affairs. Let us be clear about that.

One wonders if it is time to change the debate now, which should actually focus on the question: how come despite all the knowledge, expertise and resources it has been so hard to change Pakistan? What is holding up the progress? The short answer is that there is a fundamental clash between policies that can foster positive change, and the organising principles of the system running this country.

The reality of Pakistan can be best understood in terms of its power structure and the system underpinning that structure. Whether the system has been political or military, the power structure has remained the same. The panoply of power comprises the army, and the feudal and business/industrial elite who have shared power with the bureaucracy and the judiciary. The elite have been making policies that are consistent with the system that barely falls short of an oligarchy. It serves the elite’s interests maximally and public interest minimally.

In its early history, thanks to the new state’s pioneering spirit, and to the credit of the civil-military bureaucracy and its diplomats, Pakistan managed to survive and stabilise. And then went on to build an economic and institutional platform for progress and gain a place in the international community far out of proportion to its power and size. But that was a long time ago.

A system monopolised by the elite, without reference to the people, weakens the state in the long run. For nearly half a century now, since the breakup of Pakistan, challenges have been growing, mainly because of Pakistan’s own poor policy choices, and its diminishing national power. Except for the acquisition of nuclear capability and the strengthening of defence capability, every other indicator of Pakistan’s national development since shows either a fall or only a modest rise. As the overall national power has declined, the power of the elite has risen — as one’s gain has happened at the expense of the other. Prime Minister Imran Khan was honest enough to admit some of it in his recent interview to Shaikh Hamza Yusuf.

Policies in Pakistan have been of two kinds — policies of necessity and policies of choice. The former have aimed at safeguarding the class and institutional interests of the ruling elite, and the latter at looking after the national interest and people’s welfare.

The policies of necessity that have determined the context of making policies of choice are driven by the following needs: first of all, there should be no erosion in the social structure that maintains the feudal system. Second, economic policies, especially those relating to taxes and tariffs, should not collide with the financial interests of the business/industrial elite. Major industries like automobiles, fertilizer, and sugar have been cartelised and heavily protected by tariffs and subsidies. And export competitiveness is dis-incentivised by the political economy.

That is not all. Policies also have to skirt around modernisation to placate religious orthodoxy, militants and other spoilers affecting the quality of education. Leadership fears agitation, on any account, as it can snowball and destabilise the system.

After meeting these principal needs come some other requirements like maintaining the bureaucracy’s privileges and helping coalition partners and constituents with financial endowments. The result of all this? In making policies for the people, you run up against the resource crunch in this heavily indebted economy, often made worse by corruption in high places. Not to mention the low-income tax rates and the losses from various sources, including the energy sector and state-owned enterprises. And if you factor in the defence budget, the decision-makers have very limited options to make policies that would look after the interests of the people, even with the best of intentions. The policies of choice thus suffer and get further savaged by poor implementation because of bureaucratic waste, incompetence and pervasive low-level corruption.

Tragically, the Pakistan that the elite have created for their own benefit is now taking revenge. As people’s needs were neglected, rule of law and social stability were degraded and preyed on by the forces of extremism. Any surprise as to what happened in Sialkot?

As extremism has rolled on unchecked, it has fostered uncertainty and instability — inhibiting foreign investment. CPEC which was hailed as a game-changer has also been affected by the flawed system. At best, it might help Pakistan’s infrastructure and give us some share in the transit trade in the region but those prospects are uncertain as the region remains unintegrated because of the perilous Afghanistan situation, regional conflicts, and geopolitical tensions.

Is the system going to collapse under its own weight? Yes and no. The forces of stability and instability, of progress and regression, and of moderation and extremism, are in a precarious balance and intermingled — providing for Pakistan to stumble along. That is bad news as well as good. It means the critical mass for national reawakening is missing. But the good news is that the potential for a positive change is still stronger. It needs political action to materialise.

Pakistan has enormous strengths — a good professional military, capable senior echelons of bureaucracy, competent foreign service, successful businessmen, enterprising young IT entrepreneurs, and men and women of learning, including internationally acclaimed journalists, writers and authors. The problem is that either they have compromised with the system or have despaired and retreated. Institutions also exist in Pakistan. But, contrary to popular perceptions, it is not their capacity that has eroded but their integrity and autonomy. But they can be rehabilitated. And for all its faults, Pakistan remains a remarkably open and resilient society, thanks in part to a vibrant media.

All these positive elements can foster Pakistan’s renewal. But they cannot change Pakistan by themselves. They need help. The ruling elite have a choice: join them in effecting a positive change or do nothing and continue ceding ground to the forces of extremism and instability and ignoring the unsustainable consequences of poor governance inherent in the system. And thus bring themselves down, and along with them, Pakistan.

A good starting point will be to go back to the 1973 Constitution and let all parties agree on a national agenda for the future. They should sit with the military leadership and agree on a certain set of vital national reforms, that shift the balance of power from the elite to the people — and arrive at a consensus on national security both internal and external. Though it is a tall order, all this should be given constitutional protection, if possible.

Let the next elections be free and fair and allow democracy and constitutional rule to finally begin in earnest, free of any outside influence and intervention. This change will not solve Pakistan’s problems, but may give it a framework to do so in a manner that reflects the will of the people who have been long rendered politically homeless by the system. Let the people feel responsible for the choices they make. And hope for the best.

The writer, a former ambassador, is adjunct professor at Georgetown University and senior visiting research fellow at the National University of Singapore.