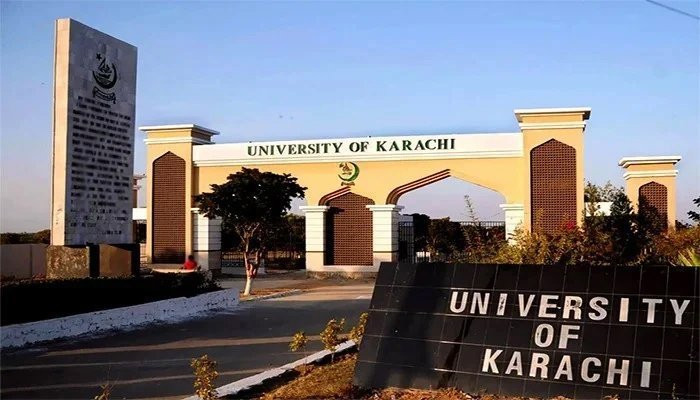 KARACHI: Major political parties of Karachi, in solidarity with the Karachi University Teacher’s Association (KUTS), have demanded the Sindh government to make the varsity an autonomous body to deal with all its affairs independently, The News reported.

The teachers’ union has been protesting the secretary of universities and boards’ attitude and the provincial government’s inability to take an action against it.

MQM-P has called out to the provincial government to abstain from breaching KU’s sovereignty and stop intervening in its teaching and administrative affairs.

Federal minister for Information Technology Syed Aminul Haque, who is also a member of MQM-P’s coordination committee, said that the “biased” provincial government has destroyed KU’s reputation and prestige.

“The provincial government has not issued funds to the university for the last 10 months, while Sindh Universities and Boards Department secretary has been imposing biased decisions on the university,” Haque said.

He demanded that regular selection board meetings should be held for the promotion of teachers, and the process should be completed in a transparent manner.

PSP Chairman Syed Mustafa Kamal said that the provincial governments of the country have occupied educational institutions in the name of the 18th constitutional amendment.

“Using the rules and regulations of universities for political purposes in the name of the 18th amendment is tantamount to enmity with education and Karachi.”

He said that getting prior permission from the Sindh government to hold a selection board and a syndicate means complete abolition of the university’s autonomy, which is unacceptable.

“KU has slid down in world rankings during the 13 years of the Pakistan Peoples Party. Unfortunately, young people are already not getting jobs, and the educated youth are committing suicide today in Pakistan’s economic hub, Karachi.”

He said that the prosperous future of the country and the nation is subject to quality education. Today in universities the teaching process has been closed for several days due to which the students’ education and future are at stake, he added.

Therefore, he stressed, universities should be given complete autonomy within the ambit of law, so that problems can be solved before the country and the nation through independent education and research.

The PSP demands an immediate withdrawal of the notification from the Sindh chief minister, he said, adding that the party also demands that KU be made independent and autonomous in all respects.

Meanwhile, Jamaat-e-Islami Karachi chief Hafiz Naeemur Rehman lambasted the Sindh government for what he called “unnecessary, illogical and uncalled” for involvement in the issues pertaining to KU and other universities. He said the government was forcing the students to resort to agitation.