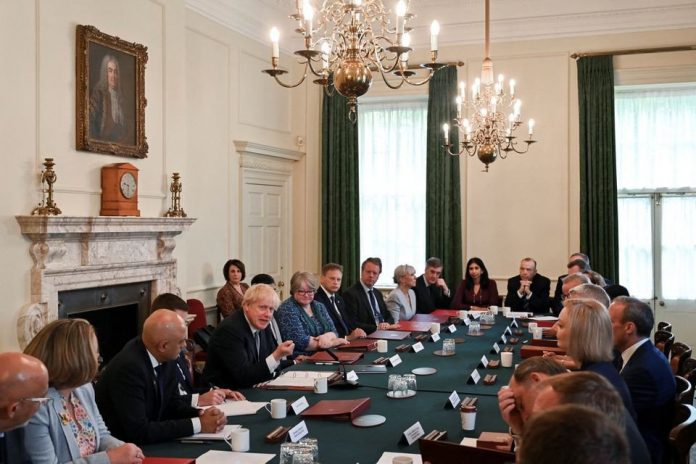 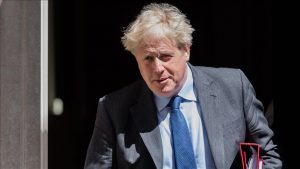 On Wednesday, three more UK Cabinet members resigned and stated that British Prime Minister Boris Johnson was not fit to govern. Many lawmakers are calling for him to go, adding to the political pressure on him.
Johnson’s finance and health secretaries quit on Tuesday, along with several in more junior roles, saying they could no longer stay in government after the latest in a series of scandals blighted his administration.
With mounting calls for Johnson to quit, he showed his determination to stay in office by appointing businessman and education minister Nadhim Zahawi as his new finance minister and filling some of the other vacancies.

Johnson, a former journalist and London mayor who became the face of Britain’s departure from the European Union, won a landslide election victory in 2019 before taking a combative and often chaotic approach to govern.
His leadership has been mired in scandals and missteps over the last few months, with the prime minister fined by police for breaking COVID-19 lockdown laws and a damning report published about the behavior of officials at his Downing Street office who breached their own lockdown rules.

There have also been policy U-turns, an ill-fated defense of a lawmaker who broke lobbying rules, and criticism that he has not done enough to tackle a cost-of-living crisis, with many Britons struggling to cope with rising fuel and food prices.

The Times of London newspaper said Johnson’s “serial dishonesty” was “utterly corrosive” of effective government.
“Every day that he remains deepens the sense of chaos,” it said. “For the good of the country, he should go.”
The latest bout of drama at the heart of British power comes as the economy deteriorates rapidly, with some economists warning that the country could tip into recession.