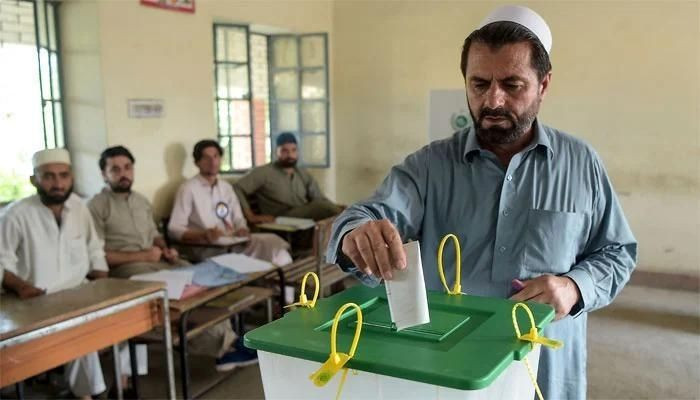 Polling for the vacant general seat in the Senate is under way in Khyber Pakhtunkhwa, with PTI’s Shaukat Tarin considered to be the strongest contender of the four candidates in the running.

The KPK Assembly hall has been designated as a polling station.

Four candidates are contending for the Senate general seat: Adviser to Prime Minister on Finance and Revenue Shaukat Tarin from the PTI, Shaukat Jamal Amirzada of the Awami National Party (ANP), Muhammad Saeed of the PPP, and Zahir Shah of the JUI-F. As many as 145 lawmakers can exercise their right to vote to elect a member for the upper house.

The candidate needs more than 50% votes of the 145 members to be elected senator.

The PTI has 94 members in the 145-member provincial assembly, while the JUI-F has 15, ANP 12, PML-N 7, PPP five, the Balochistan Awami Party four, Jamaat-e-Islami three, and the PML-Q each have one member in the Khyber Pakhtunkhwa Assembly.