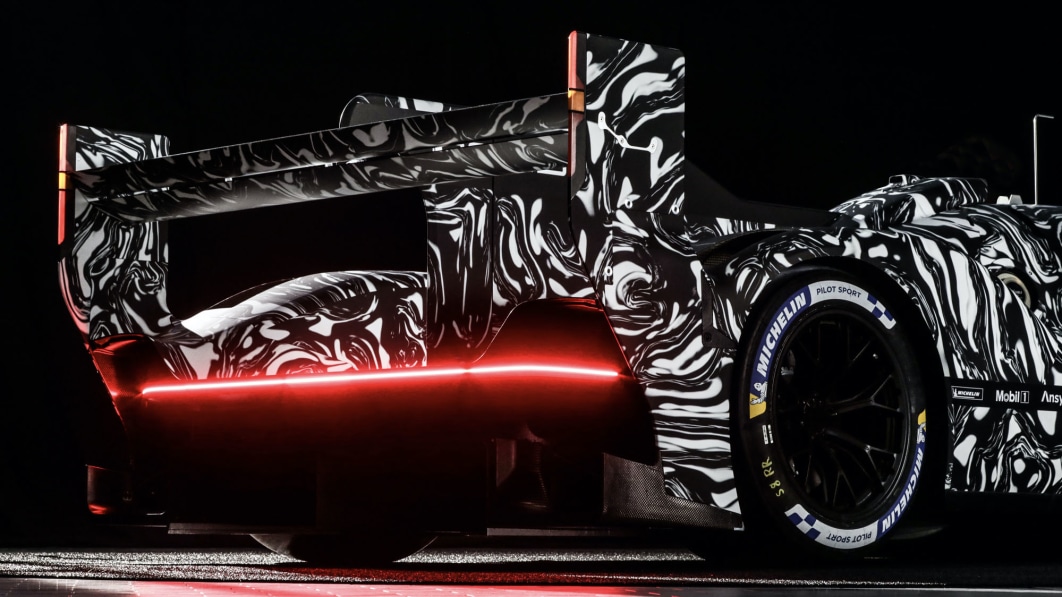 Porsche’s break from the top tier of global endurance racing was short-lived. It’s planning to return to the track in 2023 by entering the FIA’s LMDh category, and it released the first official photos of the car it built to pick up where the highly successful 919 Hybrid left off.

The yet-unnamed model is being designed jointly by Porsche and Penske using technology developed by Multimatic. It’s fully camouflaged in Porsche’s pictures, and the front end isn’t shown, but we can tell it features a central fin that helps hold up a huge rear wing, dual exhaust outlets, and thin rear light bar that echoes the 911‘s. It looks wide and low slung; it also doesn’t look like it borrows styling cues from the 919.

Of course, form follows function when we’re talking about a car designed to win the grueling 24 Hours of Le Mans, among other events. We’re guessing that every part of the exterior design was shaped with a specific purpose in mind. More details will be released in 2022.

While official technical specifications aren’t available, the LMDh category’s rule book gives us the basics. Regulations dictate that cars need to weigh at least 2,270 pounds, and they have to be powered by a gasoline-electric hybrid drivetrain that develops no more than 680 horsepower. At least 630 of those horses have to come from the gasoline engine, though participants are free to choose what they use.

Porsche will continue fine tuning the prototype over the coming months and its competition debut is scheduled for 2023. It will be entered in both the FIA’s World Endurance Championship and the IMSA WeatherTech SportsCar Championship thanks to a new set of regulations that merges the technical requirements for both series. Acura, Audi, BMW and Cadillac also plan to send a car to the starting grid that year.

In the meantime, the German firm will compete in the World Endurance Championship’s 2022 season with a pair of 911 RSR models. The first race will take place on March 18 on the Sebring track, and the duo will participate in the 24 Hours of Le Mans the following June.