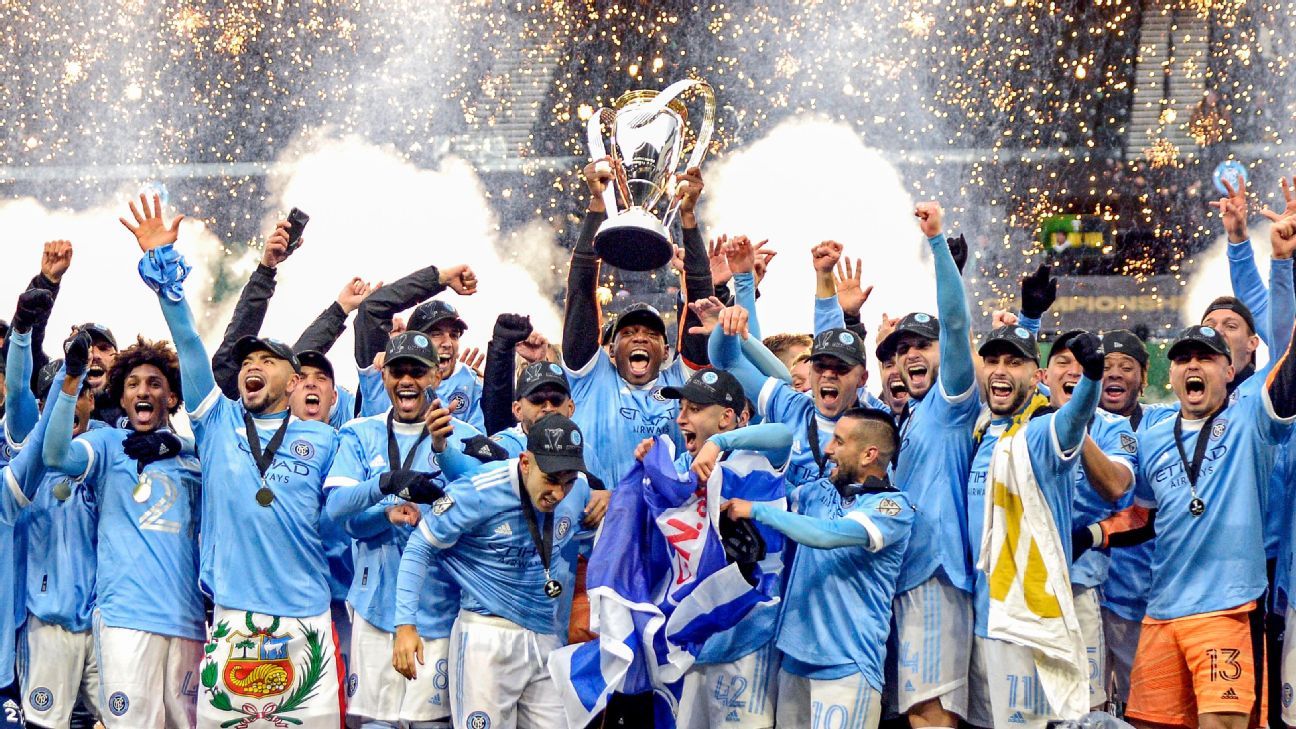 PORTLAND, Ore. — New York City FC lifted the first piece of silverware in the club’s seven-season history on Saturday, defeating the Portland Timbers 4-2 on penalties, after the sides were deadlocked at 1-1 after completing 120 minutes at Providence Park, to win MLS Cup.

The 2021 Golden Boot winner Valentin Castellanos scored his side’s only goal of the game, and that looked as though it would be the game winner for much of the contest, only for Felipe Mora to score a sensational equalizer with virtually the last kick of the 90 minutes.

With neither side able to find a winner in extra-time, penalties would be needed to decide the league’s champion. NYCFC captain Sean Johnson made two saves to the Timbers’ Steve Clark‘s one, sealing the victory for the New Yorkers.

The opening period was short on clear-cut chances, but full of physical play. The best of the few opportunities that presented themselves fell to Castellanos, with both Maxi Moralez and Alfredo Morales providing service that would end up threatening Clark’s goal.

Eventually, though, the Argentina youth international would convert one of the chances that came his way. A Moralez free kick from the right wing found Castellanos unmarked at the back post, and his neat header clipped the far post and rolled over the goal line to put NYCFC in front.

A moment of ugliness followed in the ensuing celebration, however.

As the visiting players gathered around Castellanos to toast the goal scorer, multiple projectiles were thrown in the direction of the NYCFC players by a small section of the home support, one of which striking Jesus Medina, who would require several minutes of medical attention. The fan found to have thrown the projectile was ejected from the match and banned from Providence Park, the Timbers confirmed.

Moralez nearly doubled the visitors’ advantage five minutes into the second half. His curling free kick, awarded after Diego Chara was adjudged to have fouled Castellanos on the edge of the area, crashed off the woodwork after the faintest of fingertip saves from Clark.

And for the rest of the second period of play, MLS Cup looked as though it belonged to NYCFC. But with three minutes and 53 seconds of the four minutes of stoppage time played, a loose ball fell to the feet of Mora, who slotted home past Johnson to send Providence Park into delirium and the match into extra-time.

The Timbers would ride the wave of energy sustained by the 25,218-strong crowd into the first half of extra-time, but they were unable to convert the chances that came their way. The noise emanating from the Timbers Army only grew louder as the clock approached the 120-minute mark, but no goals would follow, and the contest would need to be decided on penalties.

After scoring the goal that would send the game into extra-time, Mora had Portland’s opening penalty saved, as Johnson dove to his right to save a tame effort. The Timbers would respond with the next shooter, Clark saving Morales’ effort low to his right.

Johnson would make his second straight stop, this time on Timbers legend Diego Valeri, to give NYCFC the advantage once more. And it’s a lead the visitors wouldn’t give up, completing a 4-2 win.