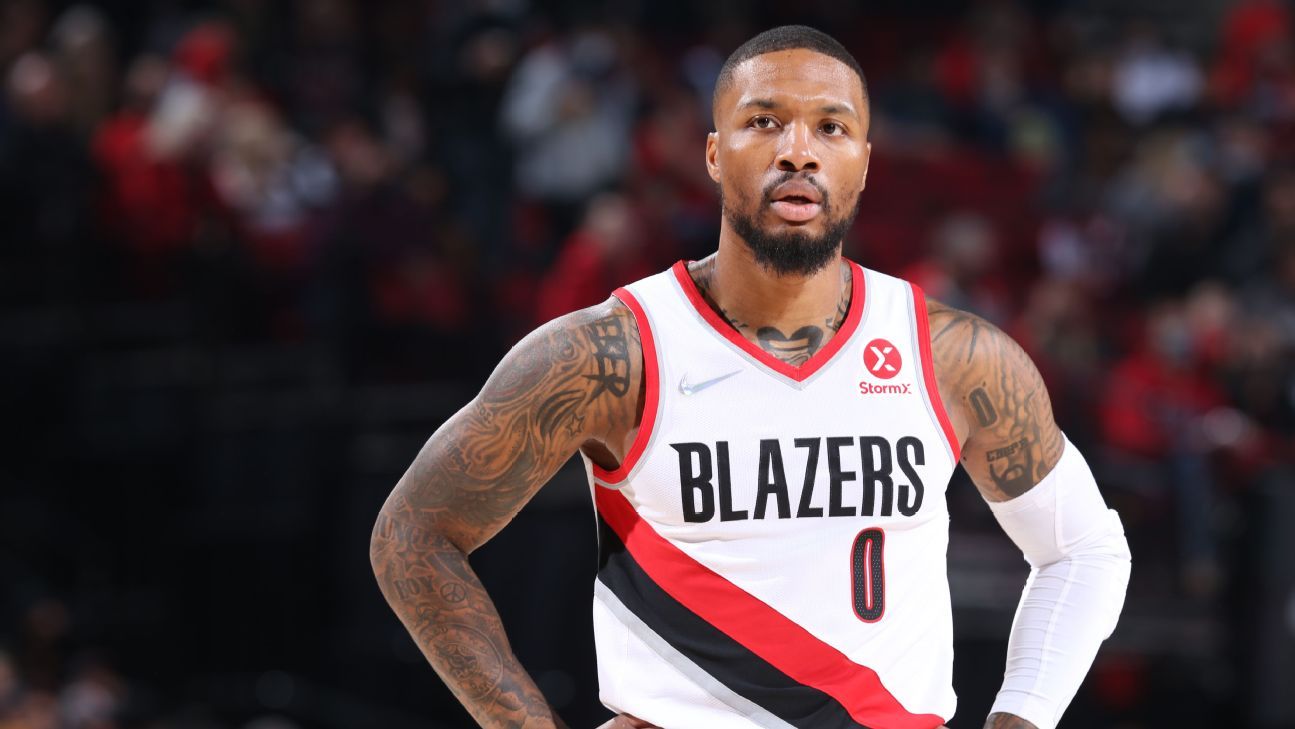 Portland Trail Blazers superstar guard Damian Lillard would be out for at least another week due to the ongoing lower abdominal tendinopathy that has bothered him all season, the team said Wednesday.

Lillard will miss Portland’s next three games — home matchups against the Miami Heat, Cleveland Cavaliers and Sacramento Kings — before being re-evaluated next week.

Lillard, 31, is averaging 24 points and 7.3 assists in 29 games for Portland this season, which currently sits tied with the San Antonio Spurs for 11th in the Western Conference with a 14-22 record.

Trail Blazers coach Chauncey Billiups told reporters Tuesday that such a course of action with Portland’s star could be possible.

“I think what we’re gonna do is just kind of meet, put all our heads together soon and then talk through some of those things,” Billups said. “I think that’s probably gonna be the route that we go if he doesn’t get some kind of relief there.”

Lillard didn’t play in Monday’s win over the Atlanta Hawks, in which his backup, Anfernee Simons, scored 43 points. Lillard also sat out five games earlier this season due to the same injury, which has been an issue since before the season began.

Lillard’s points per game average is his lowest since the 2014-15 season, his third year in the league, while he’s shooting career worsts of 40.2% from the field and 32.4% from 3-point range. The six-time All-Star and six-time All-NBA selection is less than 500 points away from breaking Hall of Famer Clyde Drexler‘s all-time franchise scoring record.