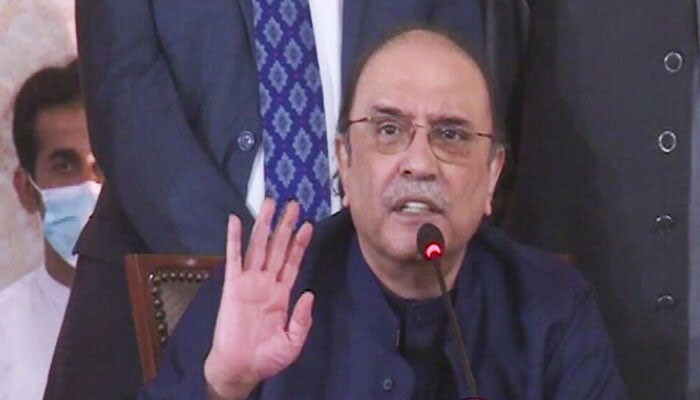 ISLAMABAD: The Pakistan People’s Party (PPP) performed well in the by-election for the NA-133 Lahore constituency compared to its showing in the city and the province over the past several years.

The top party leadership is thrilled over the electoral result and Asif Ali Zardari has been quoted as saying that the PPP has made a new birth in the Punjab capital. It is relishing in such euphoria after a long time following successive massive electoral setbacks in the majority province.

The question now is: Can this performance be a harbinger for the PPP’s revival in Punjab where it was the most popular party specifically in the 70s and maintained its popularity to the 90s?

This may happen only if a wave sweeps away its arch-rivals, placing the PPP in a comfortable electoral zone. However, if it succeeds in cobbling together the right kind of electoral alliances and roping in a sizable number of electables and winnables in the forthcoming general polls, it can come out with respectable gains, which will be far more significant than in the recent past.

When the Pakistan Tehreek-e-Insaf (PTI) was riding on a popularity wave, the PPP was satisfied in its heart of hearts that Imran Khan would chiefly wean away the Pakistan Muslim League-Nawaz (PML-N) vote-bank while its own strength would remain unaffected. However, the reverse transpired as the PTI failed to dent the PML-N in any significant way, but it almost wiped out the PPP in Punjab. It is believed that a majority of PPP voters switched to the PTI.

The result of just one by-election obviously offers a limited scope to evaluate the overall possible future electoral scenario that the PPP will face in Punjab. For the time being, it feels that it has solid prospects and a potential to bring back its workers and activists who had either become dormant or said good-bye to active politics. This revival is indeed an uphill task. The PPP’s real electoral power will be revealed when all the major political parties take part in any election.

There is a possibility that some of the voters who had deserted the PPP may have come back to it after being disgruntled with the PTI’s performance in government for more than three years and cast their ballots in their old party’s favour in Lahore.

The key factor that neither the PTI nor the Tehreek-e-Labbaik Pakistan (TLP) nor the Jamaat-e-Islami contested the by-poll can’t be ignored in the PPP’s achievement. Voters who did not want to vote for the PMLN for any reason but wanted to exercise their right of franchise backed the PPP because they had no other option.

Nevertheless, the PPP’s tally of 32,313 votes, as against just over 5,500 ballots in the 2018 general elections, is a great accomplishment. The sharp rise in number of votes has instilled hope in a bright electoral future for the PPP.

Meanwhile, the PML-N bagged 46,811 votes compared to over 89,000 ballots, almost half the 2018 number. No prominent party leader, including Hamza Shehbaz, campaigned in NA-133 and the canvassing was left to others. It is believed that there was a feeling in the PMLN that it was going to win the seat anyway, therefore, there was no point in investing much energy in the by-election. This sentiment was strengthened after the ouster of the PTI candidate from the arena on technical grounds.

While the PML-N and PPP are contended over the result – one having retained the seat and the other having augmented its tally — the PTI is also pleased despite being out of the ring. Maybe, it is glad that the electorate generally showed a lack of interest due to its absence from the contest and believes that all those who stayed away are its voters. It cannot be denied that due to the PTI’s exit from the scramble, the competition became dull and drab. The voter turnout, 18.59%, was very low in the absence of a hot contest. However, traditionally voters’ participation has rarely been large in most by-elections.