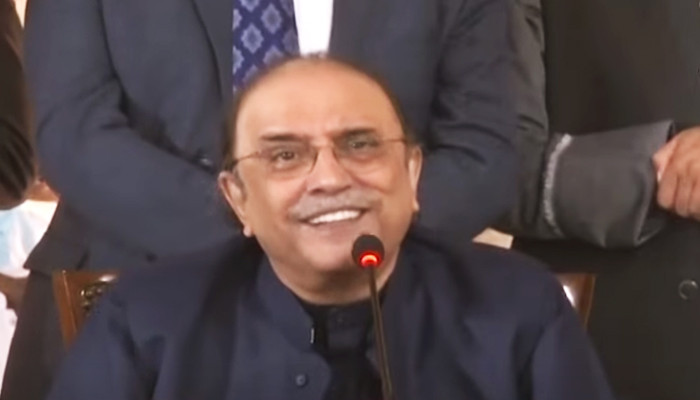 Speaking at a ceremony in honour of party workers’ at Bilawal House, Lahore, the former president said that if the turnout had been higher in Sunday’s by-election, “PPP would have had 50,000 votes.”

“The world wants to break Pakistan,” Zardari said, assuring the workers that PPP will fight against everybody for the sake of the country.

The PPP leader claimed that “there is no place in Pakistan where you will not find a Bhuttoist or a PPP supporter.”

Shedding light on the “sacrifices” he has made, Zardari recalled that was imprisoned during the most difficult times of PPP.

“We want to make Pakistan a successful country for generations to come,” he said, adding that a person who is not ready to breathe his last in Pakistan does not have a stake in the decision of the country.

The former president said that he still has strategies in his mind that can still make the country successful.

“We belong to this land and we will die here,” he reiterated.

On Sunday, preliminary results showed Malik defeated PPP opponent Aslam Gill by a margin of 14,498 votes, according to the unofficial results, securing 46,811 votes, versus Gill’s 32,313.

“The efforts put in by Peoples Party Central Punjab’s leadership, its team, and workers have borne fruit,” the PPP quoted Zardari as saying.

“The Lahore by-poll has proved to be a turning point for Peoples Party,” Zardari had said.

The PPP president had said that the party has been “born again” in Lahore which will prove to be the impetus needed to bring change in Punjab.