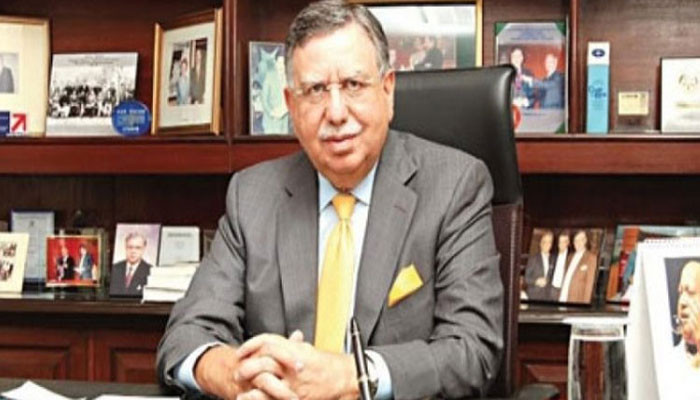 ISLAMABAD: Prime Minister’s Adviser on Finance Shaukat Tarin on Thursday highlighted the major challenges being faced by the economy and said that the POL import bill might touch $24 billion in the current fiscal year against an annual range of $12 to $13 billion. But in the same breath he also underlined that domestic inflation would recede within three to four months due to reduction in global inflationary trend in the prices of food and commodities.

“The price of palm oil has almost doubled and the prices of steel and coal have also increased in the international market. There is 85 percent surge in the import bill mainly because of increased pricing while the quantity increase was just 15 percent,” PM’s Adviser on Finance and Revenues Shaukat Tarin said while addressing the SDPI’s annual conference here on Thursday.

Shaukat Tarin also highlighted another major challenge and said that out of 218 million population, only three million were tax filers, of whom one million showed zero income. So the number of real taxpayers’ stood at just two million. The retailers were undertaking transactions of Rs18 trillion but the FBR could capture only Rs3.5 trillion. There are problems of over and under-invoicing related to customs, so the overall performance on the tax front is weak, he added. Tarin said that the challenges of overheating the national economy started appearing when it crossed 5 to 6 percent GDP growth and beyond, resulting in an eruption of higher inflationary pressures and widened the trade gap in the case of Pakistan.

Using PM’s common refrain of “not to panic”, Tarin said he also believed there was no cause of public dismay and assured that the prices of food and commodities in the international market would start to recede, so inflation would also come down in the next three to four months period. The PM’s adviser said that the import bill had exceeded by $1.4 billion of which $1.2 billion were necessary imports as POL imports bill exceeded by $500 million, raw material $250 million, $100 million import of palm oil and vaccines $350 million although they were fully funded. The POL import bill alone stood at $2.5 billion in the last month, he added.

He said that the government wanted higher and sustainable growth but it remained unsustainable mainly because the low investment rate could not fuel a higher growth trajectory. He said that the trade deficit started widening as the export to GDP ratio stood at 10 percent while imports in GDP percentage were hovering around 25 percent. In the last 20 to 30 years, the government had done nothing to narrow the the trade deficit. The exports retarded from $25 billion in 2013 to $20 billion in 2017-18, he added. The trade gap, he said, stood at $40 to $45 billion, which to some extent was covered by remittances and investment, but still the gap needed to be curtailed.

Besides, the widening current account deficit has also resulted in putting pressures on the exchange rate. The productivity and efficiency were also very low, he maintained. Highlighting another challenge, he said that the FBR’s tax revenues require to be increased. For achieving 6 to 8 percent GDP growth, the country would have to increase its tax to GDP ratio by over 20 percent in the next five years. The tax to GDP ratio is hovering around 8 to 12 percent of GDP in the last so many years, he said. In the last fiscal, the tax to GDP ratio stood at 9.5 percent that might be jacked up to 11.5 percent in the current fiscal year. It will be further increased to 14 percent in the next fiscal 2022-23, while in five years period it should go up to 20 percent of GDP, he said. The PM’s adviser conceded that the low and middle income class living in urban areas were facing the burnt of increased inflationary pressures.

Earlier, in the session, Special Assistant to PM on CPEC Khalid Mansoor said that there were $25 billion worth projects under execution in phase-1 of CPEC projects and in the second phase they would be vying to bring industrial revolution in Pakistan. “We have envisaged Key Performing Indicators under the guidelines of PM.” He said he was assigned to relocate at least 40 investors with their industries from China, in next two years into upcoming Special Economic Zones in Pakistan.

He said the financing of ML-1 (Khi-Havelian railway upgradation project) was under discussion with China and it would be finalised soon. He said the government would hold international investors’ conference next month where the investors would be invited to invest into SEZs developed under the CPEC initiatives. He said that the circular debt was a malaise, which mainly accumulated because of non payment within the time-frame and that needs to be resolved by pursuing power sector reforms.