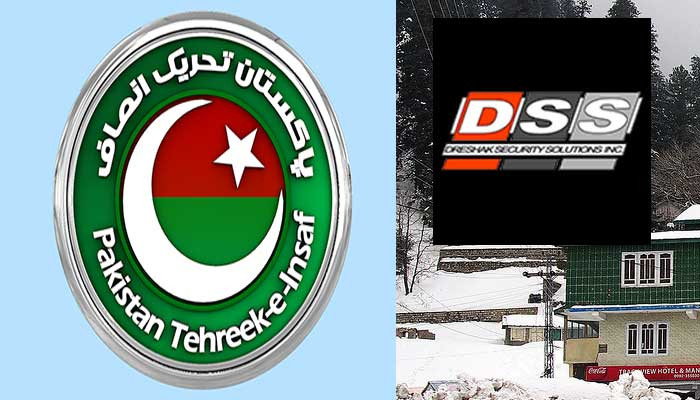 ISLAMABAD: Pakistan Tehreek-e-Insaf received funding from an individual who owns an offshore company Dreshak Security Solutions Inc. The security firm claims it has provided around 15,000 specialised non-combat security personnel to the American forces in the Iraq war.

The investigation carried out by The News reveals that the PTI-led government in Khyber Pakhtunkhwa returned the ‘favor’ to its donor by awarding a multi-million dollars contract to build a luxury hotel in scenic and tourist destination Nathiagali in October 2021.

The Election Commission of Pakistan (ECP)’s scrutiny committee report reveals that Mumtaz Ahmed Muslim is one of the party donors who gifted $24,979 to the PTI. Mumtaz Muslim is the president and owner of hotel chain and also owns Dreshak Security Solutions that provides security services in war zones. Mumtaz is not just a party donor but he also has close ties with PTI and Muhammad Uzair $9,915. The committee in its remarks says that the information is based on bank statements provided by the UBL to the Election Commission of Pakistan and that the scrutiny committee was not provided any further details or information, therefore, it is unable to make further observation on the source(s) of funds.

Similarly, on page-87 of the Scrutiny Committee report under the head of remittances from the USA (Ref Annex-L-I), an amount of $3,368,750 was remitted through both PTI LLC-6160 and LLC-5975 into PTI accounts, being maintained with the UBL and the HBL. It noted with the exception of these two LLCs, donations or contributions from the USA were not transferred to PTI accounts in Pakistan as per the bank statements. The committee did not have access to the bank statements that were maintained by the PTI’s LCCs in the USA, therefore, it is unable to make any further comment on the source of accounts.

Likewise, on page-91 of the report, under the head of remittances from Canada (Ref Annex-L-VII), an amount of $25,174 and Rs434,000 was remitted to PTI accounts being maintained with the Bank Islami/KASB (Defunct) and the UBL for USD and the HBL for Pak rupee. The committee was not provided any further details and information, therefore, the committee was unable again to make further observation on the source of funds.

Under the head of miscellaneous remittances (Ref-L-VIII), an amount of $532,012 and Rs612,156 was remitted to PTI accounts maintained with the UBL and the HBL respectively. Though the break-up of the amounts is given, the committee says that it did not have access to the bank statement of accounts being maintained by the Insaf New Zealand, therefore, it is unable to make any further comment on the source of funds.