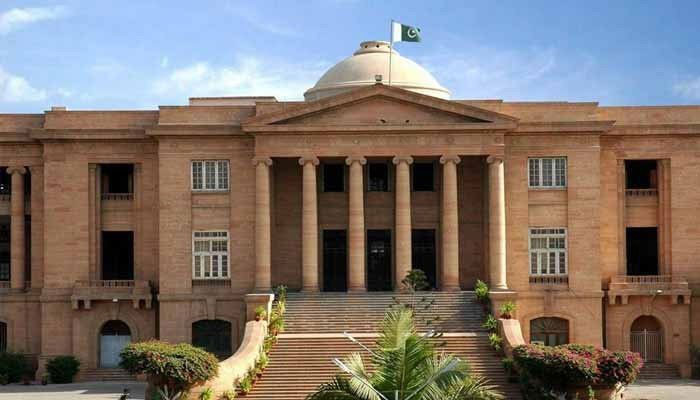 KARACHI: The PTI has followed in the footsteps of the Pak Sarzameen Party (PSP) by challenging the bill recently passed by the Sindh Assembly to amend the Sindh Local Government Act, as per a report published in The News.

A few days earlier, the PSP had challenged the same amendments made to the bill, stating that it was against various articles of the Constitution.

PTI MPAs Haleem Adil Sheikh and Khurram Sher Zaman submitted a petition in the Sindh High Court (SHC) Friday saying that the amendments made to the Sindh Local Government Act 2013 (SLGA 2013) were against the spirit of the Constitution, especially its Article 140-A.

The PTI leaders alleged in the petition that the move was an attempt by the Sindh government to grab power from the local government, adding that it was the third-tier of the government.

They further stated in the petition that Karachi’s status had been undermined in the bill as the city was brought to the level of an ordinary city which, otherwise, was a jewel in the crown of Sindh as it was generating more than 80% of the total revenue of the province.

Zaman and Sheikh stated that by making the amendments to the bill, the Sindh government has taken absolute control over the province. They submitted that the schedule-II, part-1 sub-clause 5, 12 and 13 have been omitted from the SLGA 2013, which were related to medical colleges, hospitals, milk supply schemes, control of land owned by the metropolitan corporation and removal of encroachments, which clearly showed that the respondents had committed violation of the fundamental rights of Karachiites.

The PTI lawmakers alleged further that the provincial government wanted to steal the right of issuing death, marriage and birth certificates from local bodies. They added that the Sindh government also wanted to snatch their right to controlling infectious diseases and take decisions related to education.

The petitioners said that amendments to the bill were indicative of the Sindh government’s moves to usurp the rights of the people of Sindh, which were guaranteed in the Constitution.

The PTI leaders submitted that the provincial government also made amendments in the procedure of electing mayors and deputy mayors, changing the show of hands with secret balloting. They said secret balloting had always been used for horse-trading or to change the result in favour of a particular candidate.

The petitioners argued that it was necessary that the selection of the mayor and deputy mayor is held by the showing of hands in a joint session of the city council. They submitted that the impugned bill was in violation of the articles 7, 8, 32 and 140-A of the Constitution.

The SHC was requested to declare the amendment bill void due to being against the dictum laid down in the articles 7, 8, 32 and 140-A of the Constitution.