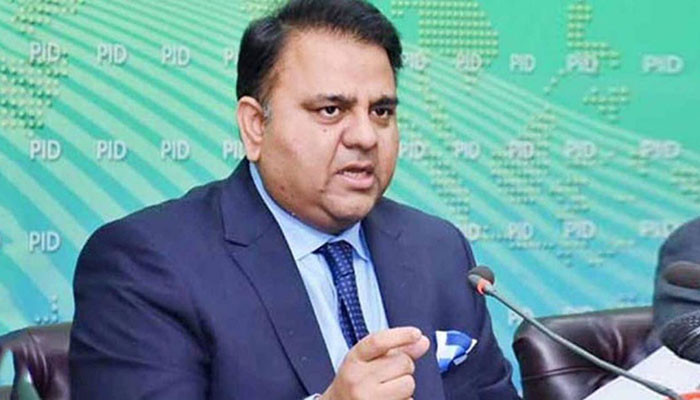 Answering a question in a TV programme, Fawad asked why didn’t Ejaz visit the families of police martyrs?

He asked who will stand up for law if the state doesn’t stand with its martyrs?

In another TV talk show, Fawad said the state would have to reclaim its “right to use force” to rein in various violent gangs.

It is not permissible in a State to devolve power to mobs who dictate their terms, the minister added.

Our correspondent adds from Islamabad: Fawad Hussain, meanwhile, warned that ‘we have planted time bombs in society. If these bombs are not defused, then they will explode and what they will do [is anybody’s guess]”.

“Time is slipping out of our hands like sand. I have been wondering since Friday what words to write on Sialkot incident, as words have become useless,” he said in a tweet.

The minister regretted that “such incidents only bother us for 48 hours and then everything becomes normal until the next incident occurs”.

“Until the next incident, this indifference is a prelude to a great storm. Rivers of blood flowed in front of us,” he added.